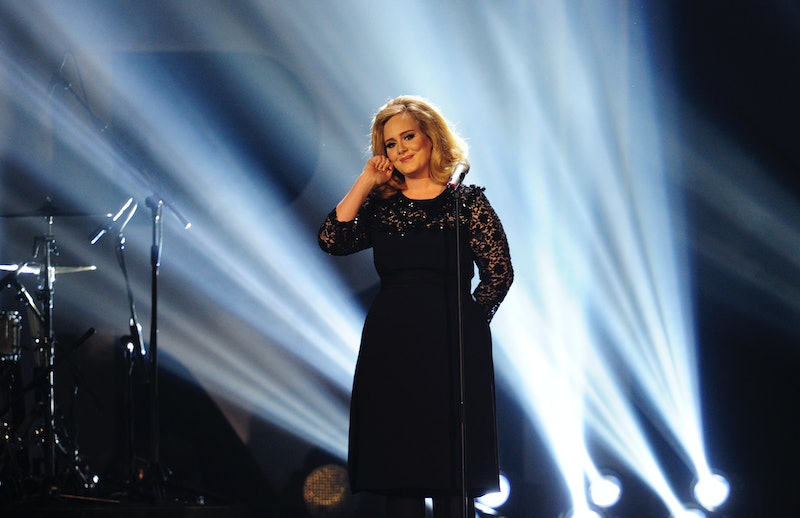 Like everyone else in the world, I woke up today to find my pre-ordered Adele album safely downloaded in my iTunes. With a quick sigh of relief, I preceded to listen to every song on the album, and what I heard was magic. In case you've somehow escaped the last month of feverish anticipation, 25, Adele's third studio album, was released Friday. It marks the singer's first album in four years and has had the world on the edge of their seats for the better part of November. With a teaser single like "Hello," it's hard not to expect big things from the singer's new venture. And, after all her previous successes, there are bound to be a lot of comparisons to albums like 19 and 21, but this one has a whole different sound and feel. In fact, Adele's music has changed drastically from 21 to 25.

It's not necessarily a bad thing that fans can't help but compare 25 to her 2011 hit album, 21, which sold more than 30 million copies. It's a natural reaction to music from a beloved artist. However, there is no doubt that Adele has made creative departure from her last albums in so many poignant ways. Let's start with the sound of each of the songs. A lot of the music is like a blending of the songs from her first two albums. They're not completely ballads yet not completely pop anthems either. In the middle of those two extremes is something special.

For instance, the song that first brought her acclaim, "Hometown Glory," could easily be said to sound slightly like "When We Were Young" in the opening. But, as soon as you hit the chorus, you can tell she is not timid when it comes to really belting out those power notes anymore. There is a confidence in her vocals that she didn't have before, a confidence that can only come with knowing your worth and owning your talent.

The content of the tracks also sets them apart from most of the songs on 21. In an open letter Adele wrote on Twitter, she said that, if her last album was a "breakup album," then this is a "makeup album," and the contrast is definitely felt. On her song "All I Ask," which, in my opinion, is one of the songs with the strongest lyrics on the album, she says, "All I ask is, if this is my last night with you, hold me like I'm more than just a friend. Give me a memory I can use... It matters how this ends, because what if I never love again?" Essentially, she is asking a question that we will all ask as we grow older and more eager to settle down and find love: what if this is the last great love I will have? It's a powerful remark on a universal quandary, and it's not the only such simple-but-incisive observations about life, love, and growing older than Adele makes on this album.

Something that I have always respected about Adele's music is its ability to cross all genre lines and really hit at the heart of human existence. I have been a huge Adele fan since I watched her perform "Chasing Pavements" live at the 51st Annual Grammy Awards in 2009, so I have every song from each of her records seared into my brain forever. Listening to her newest album, I couldn't help but notice that a few of her songs brought me back to the feel of her first album, 19. The guitar on "Send My Love (To Your New Lover)" is very reminiscent of what made me fall in love with her music back in 2009, and with her cover of Sam Cooke's "That's It, I Quit, I'm Moving On." And yet, even with those signs of the Adele from the past, 25 sounds more mature, because it's saturated with tons of past lessons learned and observations about growing older from a more adult point of view.

25 has an old school feel, but with a hint of pop influence. Adele seamlessly blends the genres, which is why her albums have resonated with so many people. She is a musical force to be reckoned with. Each album opens us up to a new chapter in her life and career, from the British girl singing about "Chasing Pavements" to the heartbroken ex-lover in "Someone Like You" to the mother in a stable relationship and a lot of hindsight to back her tracks. 25 is nothing like 21. It's way better.