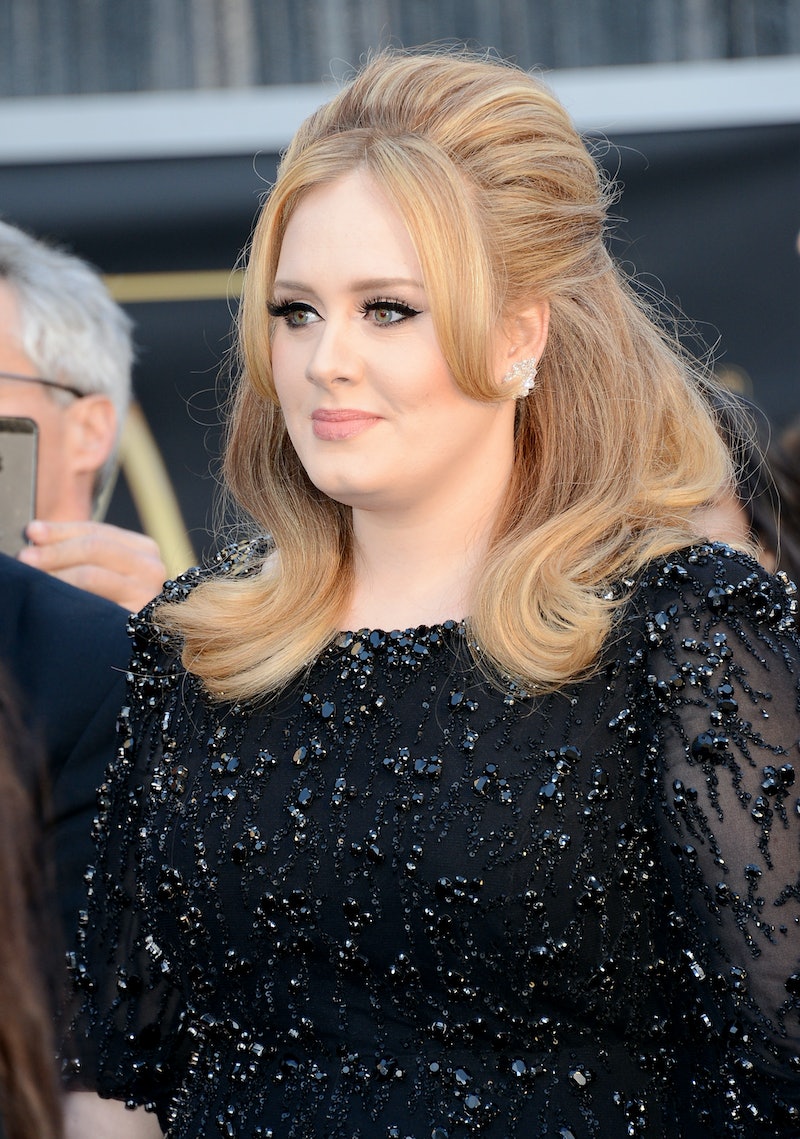 How are you holding up? Are you OK? Have you found some sort of floatation device to help you tread the river of tears you've shed since you started listening to Adele's new album 25 Friday morning? Yes? Good. Now, onto the matter at hand. I don't know about you, but I've been wondering who inspired 25. In particular, though, I've been wanting to know who Adele's "I Miss You" is about. Because, yes, even in the midst of my ever increasing emotional instability, I can still find it within me to be nosy. It's a talent, really.

So, who does "I Miss You" appear to be about? And, better yet, what's the deal with this song anyway? Well, it appears that The Guardian was as curious as I am. In an interview with Adele, they cut right to the chase and asked the singer what her boyfriend, Simon Konecki, makes of the haunting tune. She responded, "My man is loyal. My man is strong. So we spoke early on, and he said, 'Your writing isn’t anything to do with me.' He’s fine with it. And it takes a strong man, I think, to be like that."

And I think you'll agree with Adele on her boyfriend's strength assessment, when you learn what the subject material for the song is. During an interview with i-D, the publication asked Adele if the song was about sex. She said,

It's about intimacy on every level. It's about sex, it's about arguing, one of the most intimate moments in my life. 'Cause you just blurt it out. It's a bit like, a drunk tongue is an honest one. That's definitely my motto, in life. That's why I don't really like drinking no more. The panic you get when you wake up the next morning.

As per Adele's somewhat coy interview confessions, all signs point to the fact that, "I Miss You" is about her ex. As for his actual name, that's hard to say. Adele admits to penning "Send My Love (To Your New Lover)" about an ex and the The Guardian refers to him as, "That never-named ex who dumped her when she was young, inspiring the best and saddest songs on 21."

Regardless of this guy's identity, the song shows that we most certainly can all still have big feelings about moments or experiences with our former significant others without having big feelings for the actual person any longer. It's lyrics like these that make Adele's music so human and so cathartic. She speaks to the feelings we may not want to admit to and offers us quite the outlet.