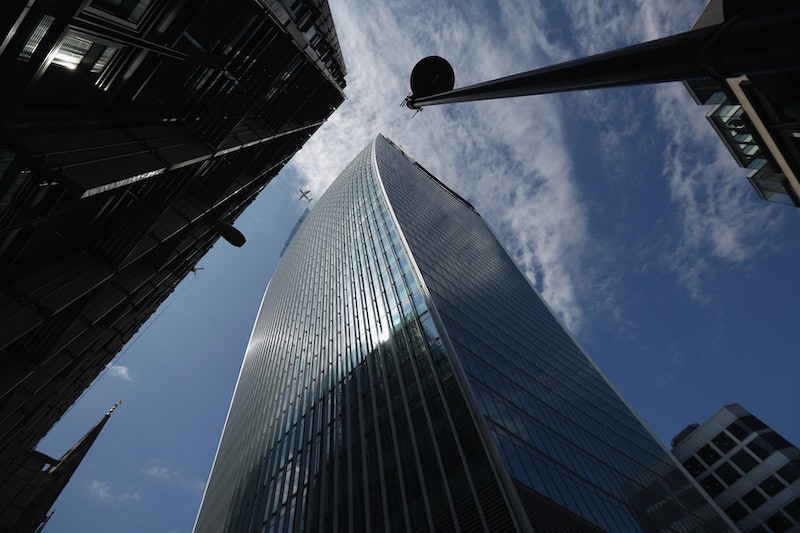 As the proven health benefits of breastfeeding continue to pile up, American labor laws have adapted to respect the rights of nursing, working mothers: A provision attached to the 2010 Affordable Care Act demands that mothers have the right to pump at work in a clean, non-bathroom, private space. The only problem? Enforcement isn't always working. Last month, a Pennsylvania mother sued her workplace for failing to respect her right to nurse under those conditions — and she's not alone.

Now, a special report for NBC by reporter Allison Yarrow reveals that 169 investigations by the Department of Labor found 71 violations of the nursing provision. In the case of Bobbi Bockoras, who has joined forces with the ACLU and Equal Opportunity Employment Commission to sue her workplace for not respecting her right to pump milk under private, clean, and respectable conditions, Bockoras claims her company refused to provide her with a space to breastfeed that wasn't a bathroom.

When she did go to pump, claims Bockoras, she was harassed by her colleagues and yelled at through the door. Before the ACA, nursing mothers had few rights that pertained to the act of breastfeeding — but now, even though they're legally protected, lawsuits are lining up from mothers who claim their nursing rights have been discriminated against.

Activists for rights for breastfeeding mothers, nicknamed "lactivists," say that greater breadth of the law is required. Not only do employers not respect mothers' legal rights to pump in the workplace, but the legal system itself doesn't always have their backs. For example, only workers that are paid by the hour — for example, those in the service industry, amongst others — are protected by the ACA provision, and salaried mothers aren't covered. Which makes a lot of sense.

Additionally, there's no real penalty for workplaces that don't comply with the provision, so employers may believe they have nothing to fear if they discriminate against working mothers. Because the provision is enforced by the Department of Labor, says Yarrow, it's hard to enforce even a slap on the wrist for the workplaces.

"The Department of Labor can serve in a mediating role," Yarrow told Bustle, "but they don't have unlimited power to enforce this. And the law itself doesn't really explain how it's supposed to be enforced."

And a lot of nursing mothers are unaware that they're legally protected at all. The nursing-mothers provision went into effect some time after the ACA itself passed, noted Yarrow, and so garnered less attention than it would have otherwise. "It seems like the provision isn't doing a very good job of covering the women it's supposed to cover," said Yarrow.

It's possible that one of the current lawsuits could prompt a judge to rule in favor of the right for mothers to pump safely and privately, and to be given the time to do so, at the workplace. If breastfeeding rights were to fall into the same category as sex rights, legal experts told NBC, it would be a huge step forward for "lactivism." Unfortunately, such a ruling would still not ensure that workplaces who didn't comply with the ruling would be penalized, thanks to the aforementioned lack of "enforcement provision."

Meanwhile, here's more evidence that the tide is turning for the rights of nursing mothers: Pope Francis publicly encouraged breastfeeding in the Sistine Chapel on Sunday. "Today, the choir will sing, but the most beautiful choir of all is the choir of the infants who will make a noise. Some will cry because they are not comfortable or because they are hungry,” he said.

“If they are hungry, mothers, feed them, without thinking twice," he added. "Because they are the most important people here.”

You got it, Francis.