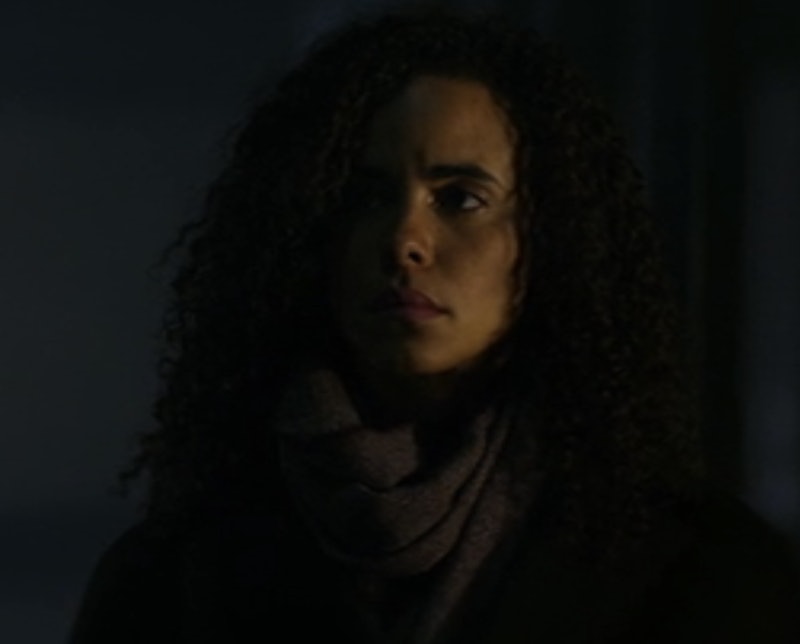 The day we've all been waiting for has finally arrived. Marvel's Jessica Jones officially hit Netflix in its 13-episode entirety on Friday morning. The show is filled with characters from Marvel Comics, like David Tennant as mind control specialist Kilgrave, Mike Colter as romantic interest Luke Cage, and Rachael Taylor as Jessica's BFF Trish Walker. But there are also less well known characters featured in Jessica Jones, like Reva Connors, Luke Cage's wife. Well, she was less well known before the Netflix series premiered. Once viewers see her story and how closely it ties into that of Kilgrave and Jessica, Reva's name should become much more prominent to Marvel fans. Spoilers through Jessica Jones Episode 6 ahead.

In Marvel comics, Reva Connors played a small role as Luke's girlfriend before the experiment that grants him his unbreakable skin and super strength. Reva also had ties to Willis Stryker, known as the Marvel villain Diamondback, who is rumored to appear in the Luke Cage series, though Marvel and Netflix have not confirmed whether that is true. Later in the comics, Reva ends up in the middle of Diamondback, Luke, and a crime syndicate, tragically losing her life in the process. On Jessica Jones, Reva's storyline follows a similar arc, but it takes on a more crucial role in the backgrounds of both the titular kickass superhero as well as her unbreakable friend/love interest.

Rather than simply being Luke's wife who died in a tragic bus crash, as it may first appear, Reva is later revealed to be connected to both Jessica and Kilgrave. The villain forced Jessica to kill Reva after he'd gotten what he wanted from her (a yellow thumb drive that clashes with his all-purple sartorial choices), which has a deep effect on Jessica, giving her the strength and determination to fight Kilgrave's control and walk away from him. In fact, although Jessica has worked with a therapist to begin to recover from everything Kilgrave did (per the insistence of her best friend Trish), the private eye can't find it in her to forgive herself for killing Reva.

Of course, Jessica's past also has an effect on her relationship with Luke, with that secret hanging over the majority of their encounters and causing Jessica to never truly open up to him. As you can expect, a relationship between these two is more complicated than a typical one-night-stand-turned-regular-hookup.

Still, as far as Reva's influence on Jessica Jones goes, she may have much less screen time in comparison to characters like Killgrave, Trish, or Luke, but her impact on the titular hero and her relationships can be seen throughout the season. It's certainly a much more complex role than the one she played in the original comics, and one that adds even more details and dynamics to the intriguing new series.