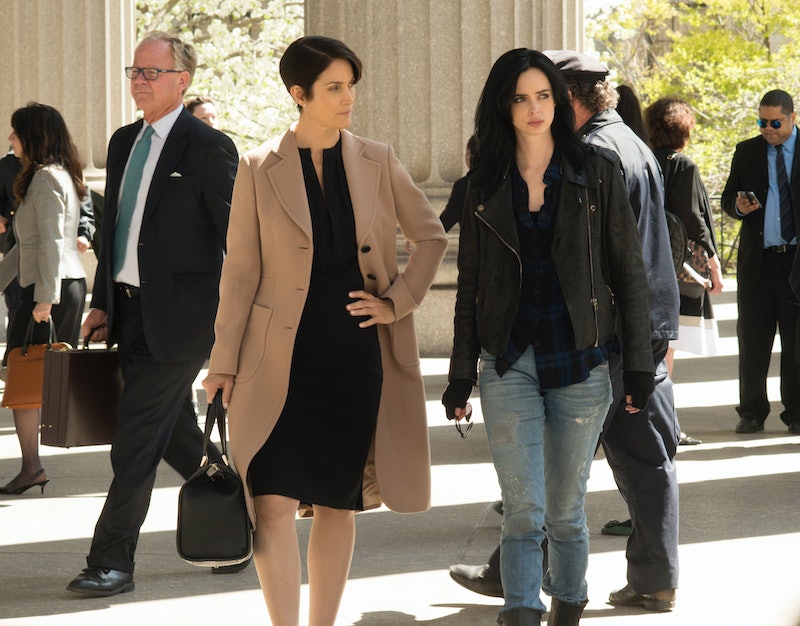 After months of waiting for the Marvel/Netflix followup to Daredevil, all 13 episodes of Jessica Jones were released on Friday, Nov. 20, and comic fans have been devouring as much of the new show as possible (within the limitations of work/school/real life of course). Jessica Jones is full of characters from Marvel Comics — even some who are lesser known — and other ties to the show's source material. So, when Jessica mentions an incredibly high security prison in Episode 7, "AKA Top Shelf Perverts," I wondered: is Supermax Prison in Jessica Jones tied to Marvel Comics? Fair warning, spoilers for Jessica Jones Episodes 1 through 7 ahead.

First off, here's what we know about Supermax: It's a high-security prison that holds the worst of the worst criminals, the "top shelf perverts, cannibals, serial killers." As Jeri Hogarth explains, "It's a living hell, with real demons. It is the last place you want to end up." That's not a whole lot to go on, it doesn't even give us a location! Presumably, Supermax is in or near New York City where Jessica Jones takes place, but that's not a known fact, and I like facts. Still, based on this vague description, I've come up with three theories as to how Supermax Prison may tie in to the Marvel Comics (if at all).

Given Hogarth's descriptions of the types of criminals typically found in Supermax, one possibility is that it's a version of the Ravencroft Institute for the Criminally Insane. However, this is the least plausible since Supermax is described specifically as a prison, not a mental asylum. So, although the inmates of Supermax and Ravencroft may share some dark tendencies, this theory is the least likely to turn out to be true.

The Marvel Comics counterpart to New York City's own Riker's Island, Ryker's has housed a number villains and heroes over the years, including the Punisher, who is set to appear in Season 2 of Daredevil (coincidence? Maybe). Additionally, the Devil of Hell's Kitchen was once an inmate at Ryker's in the character's comic history. Although, this seems the most likely connection between Jessica Jones' Supermax and Marvel Comics, without a known location of Supermax it's difficult to say for sure — not that it'll stop me from speculating, of course.

Of course, it's a possibility that Supermax is totally original. Although Marvel movies and television series love to throw in little references or easter eggs for the diehard fans, it's possible Supermax Prison isn't one of them. The name isn't directly linked to anything in the comic book universe, and if you look closely at the prison's websites in the episode, they simply describe what a super-maximum prison is, hinting that this prison was more of an important plot point than a reference to the comics.

So, it may be the case that Supermax doesn't have any ties to the comics at all and it was created just for Jessica Jones. Whether or not that turns out to be true, the prison could still reappear in the Marvel Cinematic Universe.