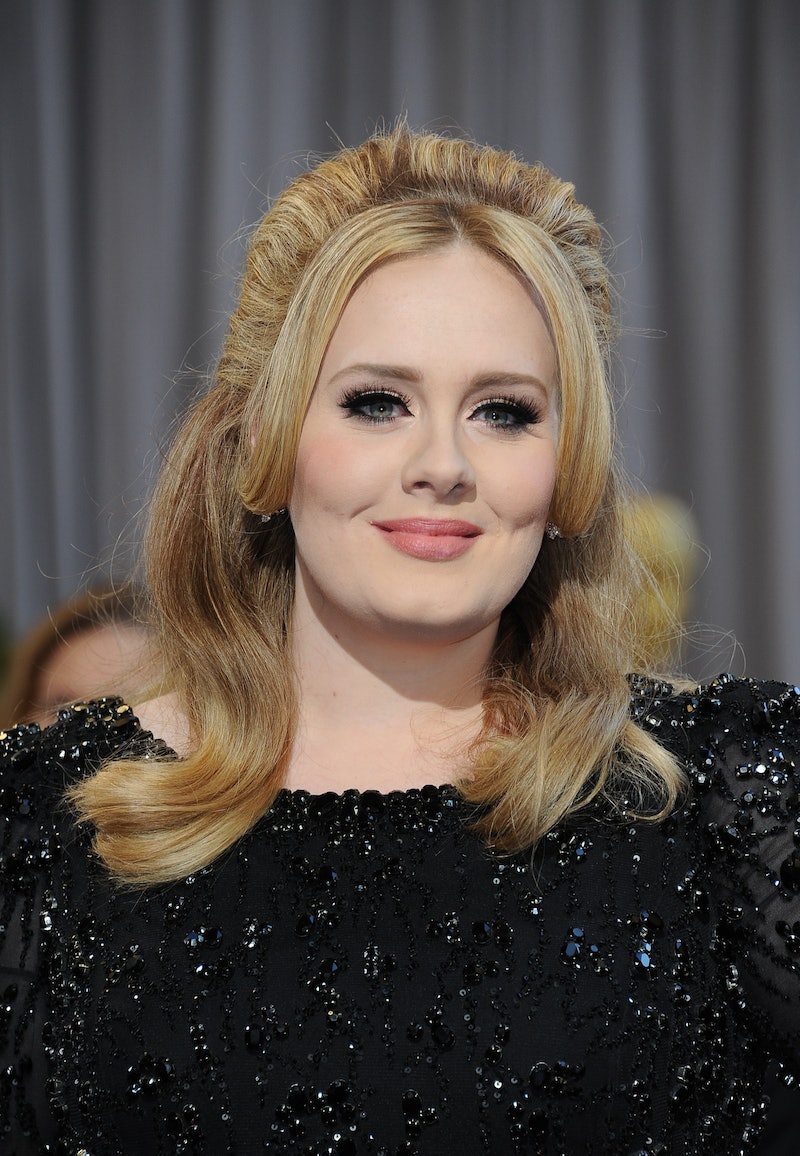 Many of us have been listening to "Hello" on a loop since it released on October 23. Personally, I've lost count of how many times I've listened to this perfect song over the past month — although iTunes tells me the answer is around 500. Naturally, I couldn't wait to see Adele sing "Hello" on Saturday Night Live — and the performance didn't disappoint. It's really no surprise that "Hello" received 23.2 million views on Vevo in just one day (a new record that pushes Taylor Swift's "Bad Blood" to No. 2). Adele has a knack for articulating so many of the emotions many of us experience in our twenties — and it doesn't hurt that she delivers the message with killer vocals.

The emotional lyrics combined with Adele's soulful voice have all the makings of a perfect live performance — especially if you were in the mood for a brief cry-fest in between hilarious sketches about family arguments and Star Wars. The themes of closure, regret, and moving forward hit home even more powerfully when she sang "Hello" live. As Adele recently told Rolling Stone, the song is all about reconnecting with herself. As for the haunting line "hello from the other side"? She explained that: "It sounds a bit morbid, like I'm dead... But it's actually just from the other side of becoming an adult, making it out alive from your late teens, early twenties."

I don't often tear up while I'm watching Saturday Night Live (because that would sort of defeat the purpose), but leave it to Adele to have me sniffling and emotional within moments of taking the stage. Her soulful, mesmerizing voice always captivates her audience — even when we're watching from our couches rather than a concert hall. Adele has been open about her struggles with anxiety and stage fright, but you'd never guess it based on this performance — she didn't falter or miss a single note. The only indication that she'd been nervous came at the end of her performance, when she mouthed "Phew!"

Bravo, Adele! Now it's time to dry my eyes and have a few laughs — until she takes the stage again later in the show to bring us all to tears one more time.