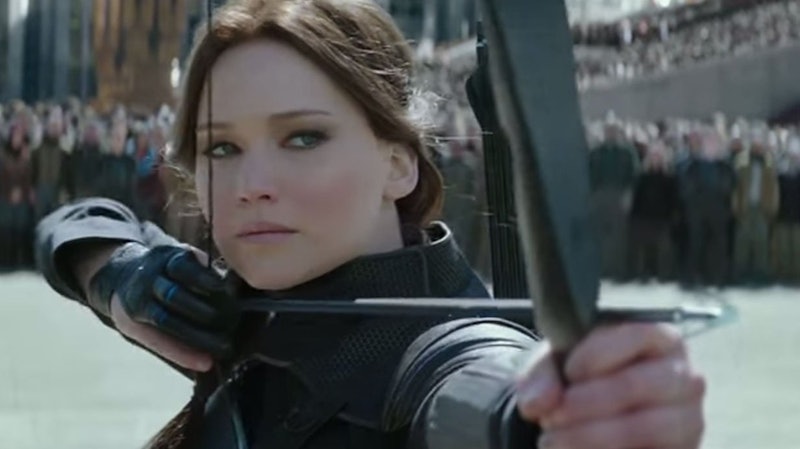 From the moment the two titans of Panem's revolution met, it seemed that Katniss Everdeen and Alma Coin were never going to be friendly. As The Hunger Games: Mockingjay, Part 2 unfolds, it becomes shockingly clear that Katniss and Coin are enemies who just happen to be fighting on the same side. Coin is a natural leader who is strategically charismatic, calculating, and power-hungry, whereas Katniss has a natural charisma that derives from her passion and unwavering loyalty to her family and friends. Together, they represent the passion and strategic planning needed to overthrow an evil dictatorship. Time and time again, Katniss and Coin butt-heads over how to best wage war against the Capital. That is why it is so shocking that Katniss would vote for a new symbolic Hunger Games proposed by Coin, as she does at the end of Mockingjay.

In the final film, following Prim's death and President Snow's capture, the war between Panem and the rebels has ended. Coin assembles all of the living victors of the Hunger Games, and proposes hosting a final symbolic Games featuring the children of Capitol leaders. Coin claims that one last game would be a perfect way to satisfy the districts' bloodlust, with a more limited loss of life. In a surprising turn of events, Katniss and Haymitch both vote "yes" to a 76th Hunger Games.

Katniss says her vote is "for Prim," but wait, what? Why would Katniss vote to continue a practice she so strongly stands against? The Hunger Games are an institution that loomed over her childhood and eventually sent her on a path through hardship and the eventual death of her sister. However, the implied truth is that Katniss never had any intention of continuing the Hunger Games. Her vote was part of a larger plan to gain Coin's trust and to end the Hunger Games once and for all.

After speaking with Snow, Katniss learns that Prim's death may have been part of a strategy implemented by Coin. So going into the meeting, Katniss already hates Coin and blames her for the death of her sister. Then, with Coin's suggestion of another Hunger Games, Katniss realizes that the Capitol's practices of murder, mistreatment, and abuses of power would continue under Coin's reign.

Katniss' vote is really ploy to "prove" her loyalty to Coin. Had Katniss stonewalled the vote, Coin would become suspicious of her and complicated things further. Because she has proven her loyalty, Katniss is then given ample opportunity to assassinate Coin, which serves as both revenge for Prim's death and a way for Panem to rebuild without a tyrant at the helm. Well played, Ms. Everdeen.

Haymitch, meanwhile, was likely instantly keened in to Katniss's plan. When he voted "yes" for the Capitol Hunger Games, he was actually voting "yes" for Katniss. He may not have suspected the exact details of her plan, but Haymitch strongly believes in Katniss to make the right decisions. He has always understood her in ways other characters in the series (including Peeta) never could. His support bolsters Katniss' resolve to carry-out her plan to assassinate Coin.

So while still shocking, Katniss and Haymitch's votes make sense. They were part of a greater plan to kill Coin and give Panem a fresh start — and Coin never saw it coming.