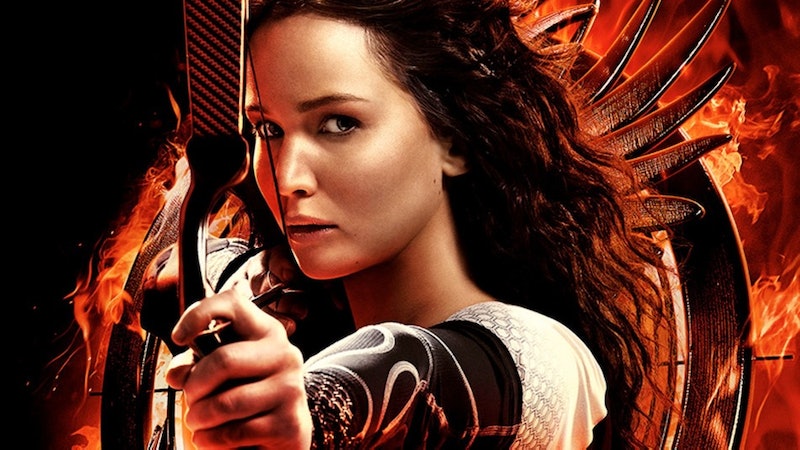 Mockingjay, Part 2 has been one of the most highly anticipated films of the year, particularly since it’s the last movie in the Hunger Games series. If you were a fan of the novel trilogy by Suzanne Collins, you’ve probably been enjoying Katniss’ wild cinematic ride over the last four films. Unfortunately, all good things must come to an end, movie franchises being no exception. But don’t start wallowing just yet; even though Mockingjay, Part 2 finishes the story of Katniss’ journey from the books, there are so many ways that The Hunger Games isn’t over, not really.

I’m not just saying that to comfort you. The bottom line is that the franchise is so profitable that Hollywood executives are unlikely to be willing to put it down while there are still opportunities for generating revenue — whether it’s another movie, a Broadway musical, or just Hunger Games -related products. Furthermore, Katniss and her story have had some major influences on modern culture that definitely won’t be disappearing once the movies are done. So dry your tears and take a look at some of the ways that The Hunger Games will live on long after Mockingjay, Part 2 has flown out of theaters.

1. There Could Be A Prequel Or Sequel

You read that correctly: the CEO of Lionsgate has said that the company is considering potentially making a Hunger Games prequel or sequel. The epilogue of Mockingjay sets this up perfectly, so it would definitely be doable!

2. The Cast Friendships Will Last Forever

It's no secret that Jennifer Lawrence is friends with Josh Hutcherson and Liam Hemsworth, which totally makes sense given that they've all spent so much time together making and promoting the four movies. The bond between the cast members will definitely stay strong no matter what happens to the relationships between Katniss, Peeta and Gale.

3. The Exhibit Is Still Running

The Hunger Games: The Exhibit is currently live at Discovery Times Square in New York City, and in February 2016 it exhibit will be making its next stop at the Palace of Fine Arts in San Francisco. Who knew Katniss was so well-traveled?

4. There Are So Many Spinoff Possibilities

The series was full of amazing characters, so even if Lionsgate couldn't get the full cast for a regular sequel they could still do a spinoff. Personally, I'd love to see the story told through the eyes (and hair) of Effie Trinket!

Oscar season means rehashing the past year in film, and that discussion tends to include major blockbusters like Mockingjay, Part 2. Furthermore, even if Part 2 isn't nominated for any major awards, the ceremonies and red carpets will give viewers another opportunity to see the cast together once again.

6. A Theme Park Attraction May Be in the Works

Lionsgate has also said that it is considering the possible development of a Hunger Games theme park attraction. You know, because you've always wanted to experience the Cornucopia as a Tilt-A-Whirl. Good luck.

7. Katniss Is An Icon

New movie or no new movie, I guarantee you will still see plenty of girls sporting Katniss' signature bow, pin, and side braid on Halloween next year. The character has cemented her place as a figure in cinematic history, and I think that's pretty awesome.

Are you feeling better now? Good. Trust me, The Hunger Games isn't going anywhere anytime soon. So get pumped about all the ways you can still see Katniss once the movies are over — but first, go see Mockingjay, Part 2, in theaters Nov. 20.