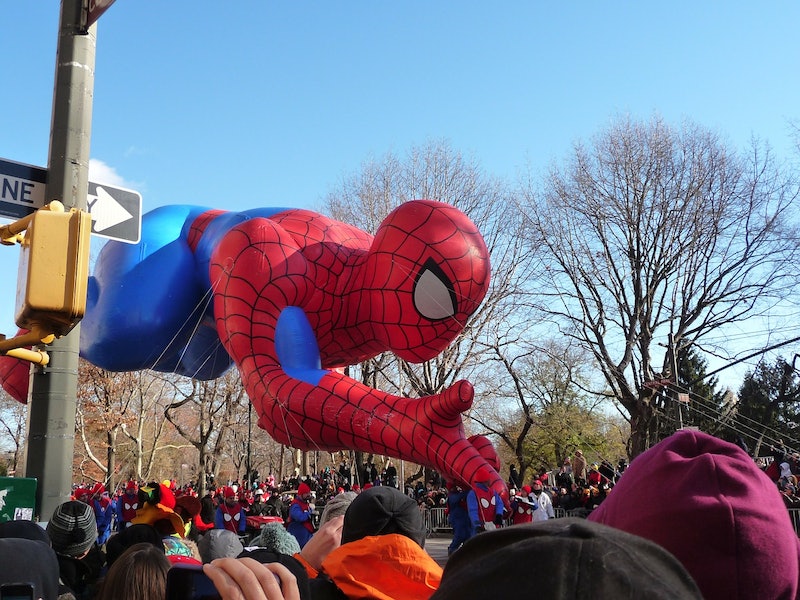 Thanksgiving Day is upon us, and with that comes the wondrous Thanksgiving Day parade. Most of us have grown up watching the parade on Thanksgiving Day, and it's embedded in our Turkey Day routine. Of course, there's the switching back and forth between that and football, and the several mini food comas we enter into before the big feast, but it just wouldn't feel like Thanksgiving without seeing inflated cartoon characters take over the streets of New York City like a monster attack in a movie.

However, once you start getting older, the experience of watching the parade makes an odd and unexpected shift. You have lost a chunk of your childlike wonder, and you start to notice parts of the parade that are just... different. It doesn't make the viewing experience any less entertaining though, because now you can at least laugh at it all with an adult beverage in hand. But as a grownup (for the most part) you will have the same hilarious and baffling ideas popping up inside your head while the parade is rolling through the streets of NYC. Here are all the thoughts that run through your head while you're watching the Thanksgiving Day parade.

1. Yesss, my oldest Thanksgiving tradition. Let's do this!

Nostalgia is out in full force during the official kick-off to the holiday season. And since you probably grew up "ooh"ing and "aww"ing at the giant balloons and the arrival of Santa, you will always have a soft spot for the parade.

2. Man, these dancers must be freezing.

How are these girls surviving on such a chilly day with such short outfits? Is it the adrenaline? Are they superheroes? What is happening here?

3. These marching bands are incredible. Why did I give up the flute in high school?

This is actually a really impressive talent, these kids have. I should've kept with it when I played a musical instrument. Maybe I should give it another go....

4. If I took a drink every time Al Roker delivered a weather pun, I'd be hammered right now.

Al is here to make everything better via punny gaffs.

I have never seen any of these musicians. Who are they? Where did they come from? Am I old?

Over half of the performances and star appearances featured people I've never heard of. Might be time to retire this tradition.

8. But, let's wait to see Santa before we switch to football.

Because no matter how old you are, it's not officially the Christmas season until Santa comes to town.