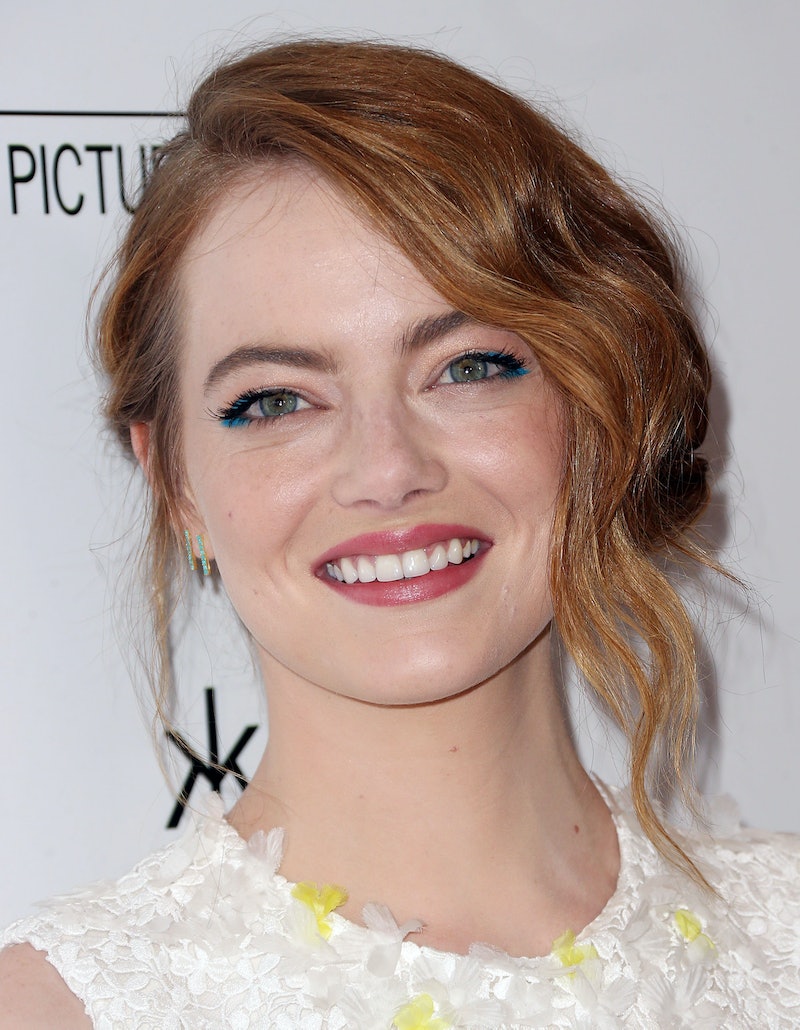 Matthew McConaughey may be the Saturday Night Live host on November 21, but he's not the only celebrity to show up on the episode. In one sketch about screen tests for the new Star Wars movies, Star Wars: The Force Awakens, cast members' impressions of celebrities were mixed in with cameos by celebrities themselves. And some pretty welcomed faces turned up, too. Emma Stone, Jon Hamm, and Michael Bublé turned up among real Star Wars actors John Boyega and Daisy Ridley. Between the real celebrity cameos, the SNL cast did impressions of celebrities like Sofia Vergara, Javier Bardem, Maggie Smith, and David Beckham.

Bublé, who frequently pops up in SNL sketches when he's the musical guest, sings a little, crooning about "making wookiee" to the tune of "making whoopie." But Emma Stone gets in the best line, referencing the controversy that sprouted up about her character in the movie Aloha. "I know the Star Wars movies have a diverse cast," she says. "I can play a very convincing part-Asian woman." And Jon Hamm? Ever fantasize about a cross between him and Han Solo? (If not picturing them a one person, I'm sure there's an overlapping venn diagram of people who have the hots for Don Draper and Harrison Ford.) Well, now there's Hamm Solo.

This is the best type of SNL sketch. All of the cast members get to come in with one of their strongest impressions, but, since the sketch isn't built around any single one of them, they each just deliver one killer joke and the sketch moves on to the next one. The celebrity cameos are just icing on the cake.

This isn't the first time the show has used Star Wars to launch into a litany of celebrity impressions. They did it to spoof Star Wars' 20th anniversary in an episode with Kevin Spacey as host. Spacey himself had some of the best impressions.

It would've been nice to get Spacey back to do another one, but, until then, we'll have Bobby Moynihan's Danny DeVito.