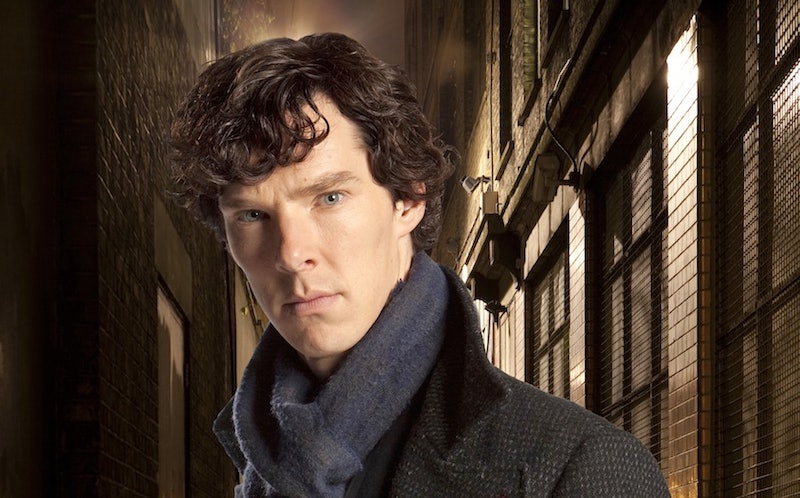 We've still got a few days until season three of Sherlock finally premieres in the US, but as we all impatiently await new episodes, the season has actually just wrapped airing in the UK. According to Digital Spy, the season finale of Sherlock scored big ratings on BBC One, keeping fairly level with the ratings record set by the show during the premiere earlier this month.

In total, the season finale, titled "His Last Vow," pulled in about 8.77 million viewers when it aired on BBC One last night — though slightly down from the previous week's ratings (8.84 million), it's still insanely high for British television. This number will also likely be adjusted up after On Demand and DVR viewings are factored in, as we saw with the season finale: Initial reports said that episode scored 9.2 million viewers, but that number inflated to 12.72 million later.

Unfortunately, there were only three episodes this season, and there's no telling how long the wait will be before a new season — considering it took a year for season three to be made thanks to Benedict Cumberbatch and Martin Freeman's increasingly busy schedules, it's possible we could be waiting a while. At the very least, Steven Moffat has confirmed that plans for seasons four and five are already mapped out!

Season three of Sherlock will premiere on PBS in the US on Jan. 19.