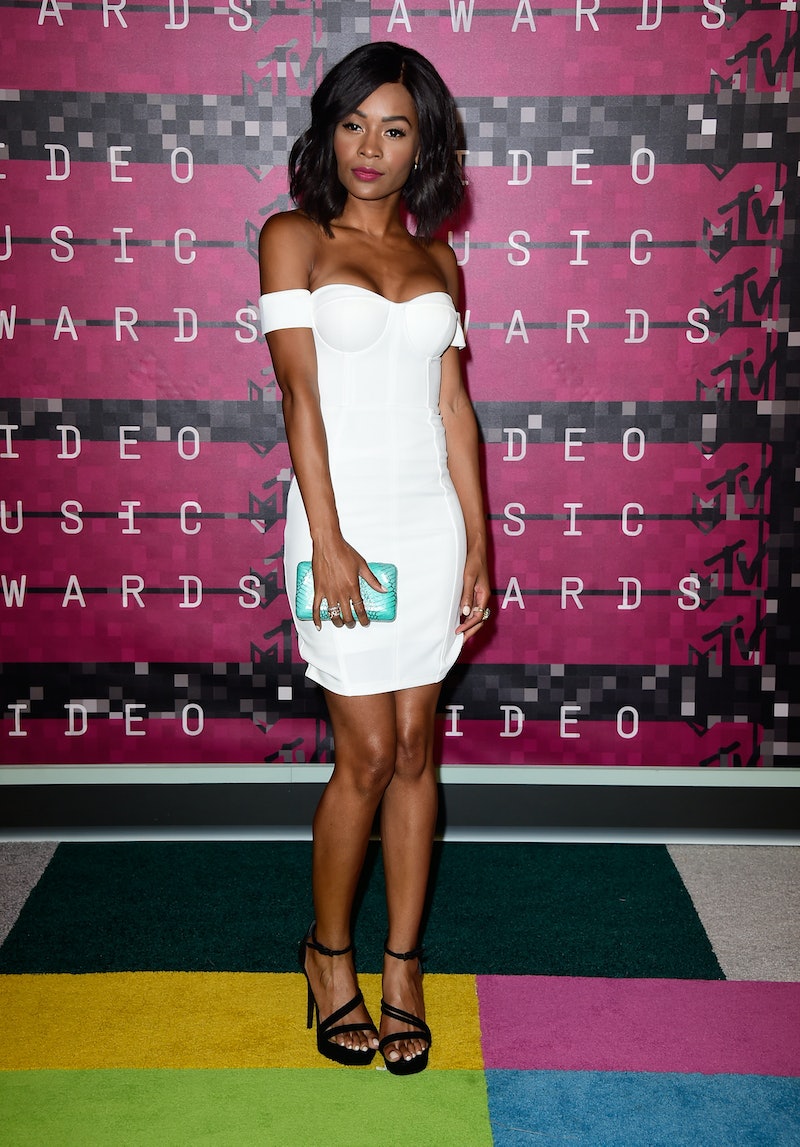 Giuliana Rancic is basically a staple on the red carpet before any awards show from the Grammys to the Oscars. I mean, if she's not on the red carpet asking everyone "Who are you wearing?," did the awards show even happen? Although Rancic is naturally heading up E!'s coverage of the 2015 American Music Awards, she has company on the red carpet and neither face is as recognizable as Rancic's. So who are the cohosts of the American Music Awards red carpet on E!? Terrence Jenkins and Zuri Hall probably look familiar to anyone who watches E! religiously, and they're lending a helping hand for the November 22 ceremony.

This isn't the first time Jenkins has collaborated with Rancic — the pair are co-anchors of E! News, which airs every weeknight and keeps us up-to-date on all the latest juicy gossip out of Hollywood. The 33-year-old is also an actor whose credits include Baggage Claim and Think Like a Man Too. A man of many talents, Jenkins published his first book, The Wealth of My Mother's Wisdom, in 2013. The book is a tribute to his mom, who raised him on her own, and the many lessons she taught him about ambition, work ethic, and kindness.

Zuri Hall is a correspondent for E! News — she's new to the team, having joined this summer. She was previously an on-air personality at MTV. Hall is a talented writer who blogs for her official website about a range of topics including health, dating, beauty, and career advice. The fact that she's only been at E! for a few months and is already cohosting red carpet events indicates that she's a rising star for the channel — look out, Giuliana!