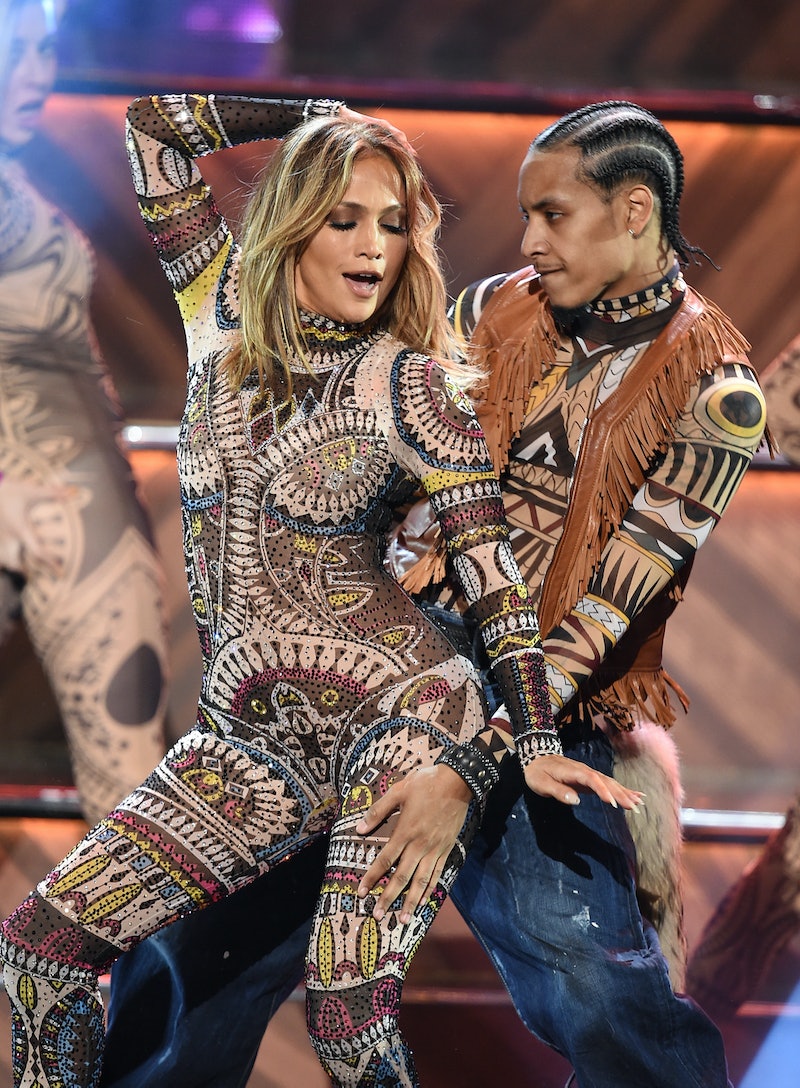 Jennifer Lopez started her career as a dancer on In Living Color, but she’s mostly abandoned her booty shaking in recent years for singing, acting, judging, and producing. It’s understandable — she is just too busy doing all of these other things to focus on shaking that thang. But, luckily for American Music Awards viewers, she's this year host and Jennifer Lopez opened the AMAs with a giant dance party to the year’s best and most popular songs.

Clad in a big fur (faux hopefully) coat and a tribal-patterned bodysuit (aka a truly J. Lo outfit), Lopez opened the show singing a slow, moody version of her song “Waiting For Tonight,” but quickly (and mercifully) decided that something a little more upbeat would be fitting for such a fun night. Lopez started the dance party with Bruno Mars’ “Uptown Funk” before moving into songs like Beyoncé’s “7-11,” Rihanna’s “Bitch Better Have My Money,” Drake’s “Hotline Bling” (complete with Drake’s grandpa dance moves), The Weeknd’s “The Hills,” and Nicki Minaj’s “Anaconda.” The audience seemed to really get into it, and who wouldn’t? One of music’s best dancers ever (second only to who? Probably Janet Jackson) was giving a live performance to some great songs.

Lopez really reminded the audience of her roots on Sunday, because few in the industry today can shake it as well as she can. If she’s hosting to drum up support and buzz for her upcoming Vegas residency (which I suspect she is), it’s certainly working. Likely plenty of people at home are ready to buy tickets simply because of that opener. Sometimes it really works when artists go back to what made them in the first place, you know? Lopez’s enthusiasm was also contagious — she seemed really excited to both host and be on such a major stage. Jenny from the block is back!