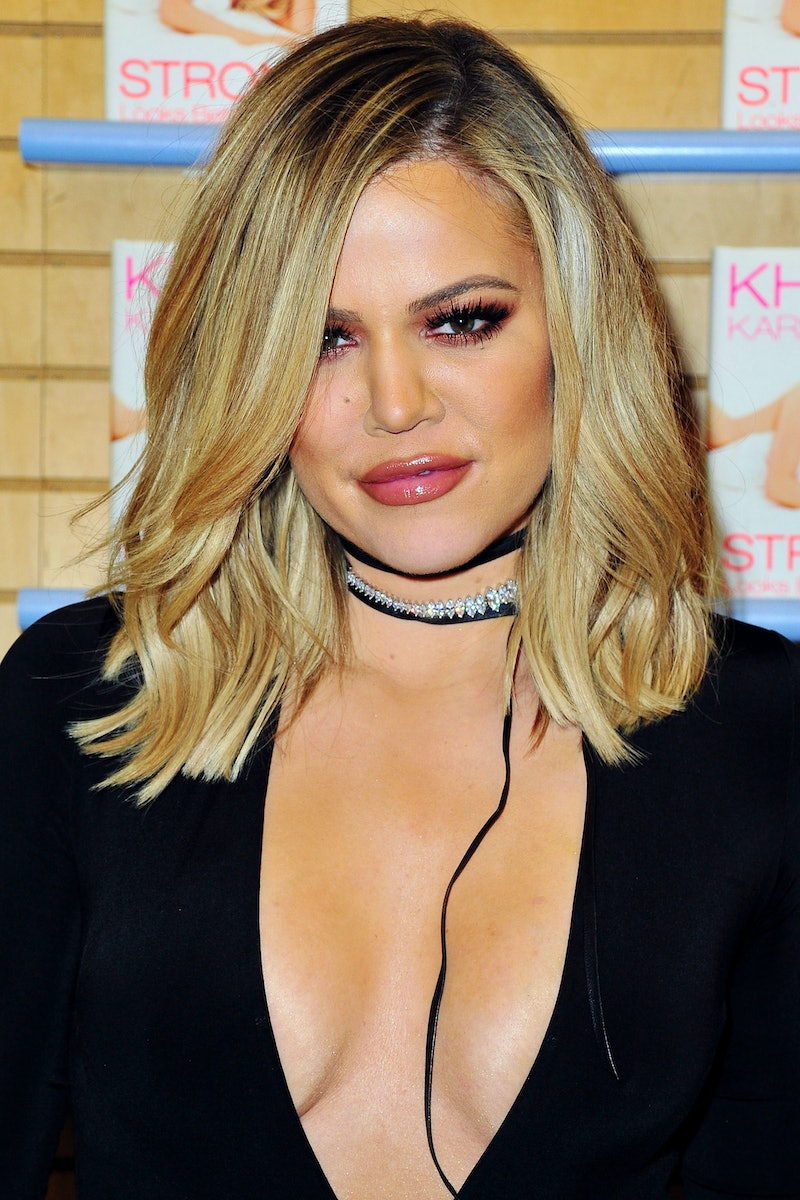 After years of watching Keeping Up With The Kardashians, it's become pretty clear that Khloe Kardashian is the classic middle child. Being younger than Kourtney and Kim and older than Rob, Kylie, and Kendall, Khloe's in a pretty awkward place, and when it comes to business stuff between her and her sisters? It looks like more often than not, she's getting the short end of the stick. On this week's episode of KUWTK, Kim and Kourtney sent Khloe to Australia alone to promote Kardashian Kids, their new brand, and she's had just about enough of doing all the work by herself.

At first, Khloe invited them both to come along, but Kim is pregnant and didn't feel like making the trek out to the other side of the world. Totally understandable. And as for Kourtney? She wanted to avoid the press' questions about her breakup with Scott, and schlepping three kids around. These are all really good reasons to skip out on a trip, but when Khloe revealed to Malika that she's tired of doing everything by herself, it's hard to blame her. Homegirl is busy, and she deserves some time off! And even when she can't have time off, she should at least have the company of her sisters!

And aside from being bummed out and lonely, she made a lot of good points. Like, why is she promoting the kids' brand when she's the only one out of the three of them who doesn't have children? It doesn't make a lot of sense that they would send her for something like this, and even though going to Australia on business sounds like a blast to me, I can imagine it's kind of a bummer for someone like Khloe who's constantly on planes and just wants to kick back and have fun.

Fortunately, Khloe's trip down under did remind us all of a very important fact: Koalas have chlamydia. And even more fortunately, Khloe made sure to bestow this knowledge upon some unsuspecting fans who won a contest to meet her, and that's exactly why Khloe's my favorite.

Give this girl a break. She needs it!