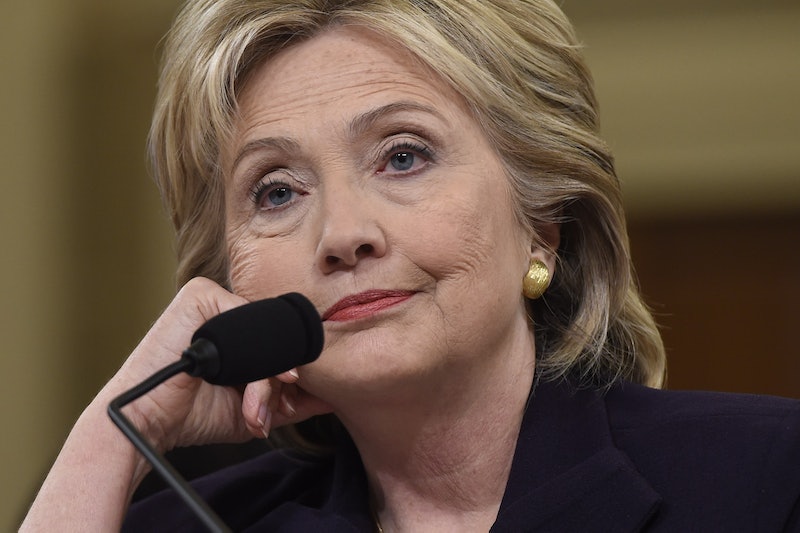 Heads up, Hillary. According to a new poll, no less than six Republicans would defeat Hillary Clinton in a head-to-head match-up if the 2016 presidential election were held today. Clinton trails Marco Rubio, Ted Cruz, Jeb Bush, Chris Christie, Ben Carson, and, yes, Donald Trump in hypothetical match-ups proposed in a Fox News poll. But don’t put too much faith in this poll, because it ultimately means ... very little.

First, the results. The survey showed Rubio defeating Clinton, 50 points to 42 points. That’s the largest gap of any of the GOP contenders mentioned in the survey. Bush would beat Clinton by six points, Trump and Carson by five, Cruz by four, and Christie by three. Carly Fiorina, according to the poll, would tie Clinton. Oddly — and somewhat suspiciously, if you ask me — the poll doesn’t mention how any of the other GOP candidates would fare against the former secretary of state.

Now, here’s why this poll means approximately diddly squat. First and foremost, the election is still a year away, and the major party candidates haven’t even been selected yet. There are still debates to be had, primary elections to be held, campaign managers to be chosen, TV ads to be produced, running mates to be selected, gaffes to be made, scandals to be unearthed, and so on. A whole lot can (and will) change between now and Election Day, and the history of presidential campaigns is full of ultimately unsuccessful candidates who held solid leads way closer to the election than we are right now. Two weeks before the 2012 election, for example, a Gallup poll showed Mitt Romney defeating Barack Obama by seven points.

That’s reason No. 1. Reason No. 2 you should ignore this poll is that it’s national — it includes voters from throughout the country, and as I’m sure I’ll be repeating this throughout the general election campaign, America doesn’t elect its presidents through a national vote. We elect our presidents through the electoral college — or, if you want to get right to the heart of it, we elect our presidents through a series of mini-campaigns in swing states. At the end of the day, a successful presidential campaign depends on winning some combination of just a handful of states: Florida, Ohio, Colorado, Iowa, Nevada, and several others.

The rest of the states are so locked into their party of choice — California will vote Democrat no matter what, for example — that the major party candidates can afford to effectively ignore them. And they do. Regardless of the merits of our electoral system, the fact is that the national popular vote doesn’t determine our president; the whims of voters in five to 10 states do.

A more helpful exercise would be to look at polls in states like Ohio and Florida — but even that wouldn’t be very helpful, because again, the general election campaign hasn’t even started yet. We’ve got a long election to go, so let’s hold off on drawing too much of a conclusion from these polls. They’re fun to talk about, but ultimately, they mean very little.