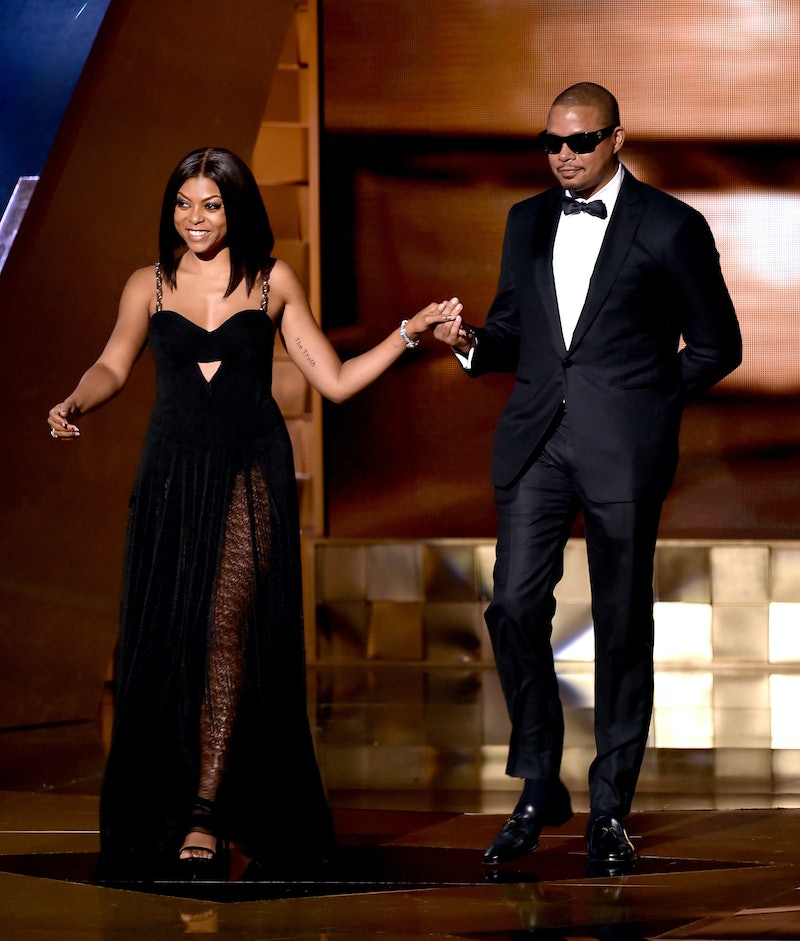 With 31 days until Christmas, FOX decided to add a little roar to their holiday lineup. Cookie and Lucious Lyon, I mean, uh, Taraji P. Henson and Terrence Howard are getting their own Christmas special, the spectacularly named Taraji and Terrence's White Hot Holidays. FOX announced the joyous news on Monday, calling the special a music and variety show. It was also announced that the special will feature performances of holiday songs by music superstars Mary J. Blige, Jamie Foxx, and John Legend. Henson and Howard will also be doing a special duet. The show, which will debut Dec. 9, will come right on the heels of the midseason finale of Empire. Empire won't return until March 2016, so perhaps the special will make the hit show's absence a little easier.

All the current details about the special sound so amazing, and it doesn't seem like a far cry to expect more Empire cast members to make an appearance on the show. After all, would it really be a merry Christmas without Jussie Smollet's beautiful voice? With such big names already attached to the project, it can only keep getting better. There are so many songs that could be performed on the special by so many artists, so here's a list of just a few performances that would be perfect for White Hot Holidays.

1. Serayah Singing "All I Want For Christmas Is You"

2. Terrence And Taraji Singing "Baby It's Cold Outside"

It was announced that they'd be doing a duet, and this song would be the perfect fit for the duo.

This song is on his Christmas album, and it's beyond amazing. Him performing it would definitely get us all in the holiday spirit.

Keys is set to appear on the Nov. 25 episode of Empire, so maybe she might make an appearance on the special?

It's such a beautiful holiday classic, and Foxx has the sultry depth to his voice to make it something really special.

6. Mary J. Blige Singing "Have Yourself A Merry Little Christmas"

This song is on her cleverly titled Christmas album "A Mary Christmas." Please do this one, Mary!