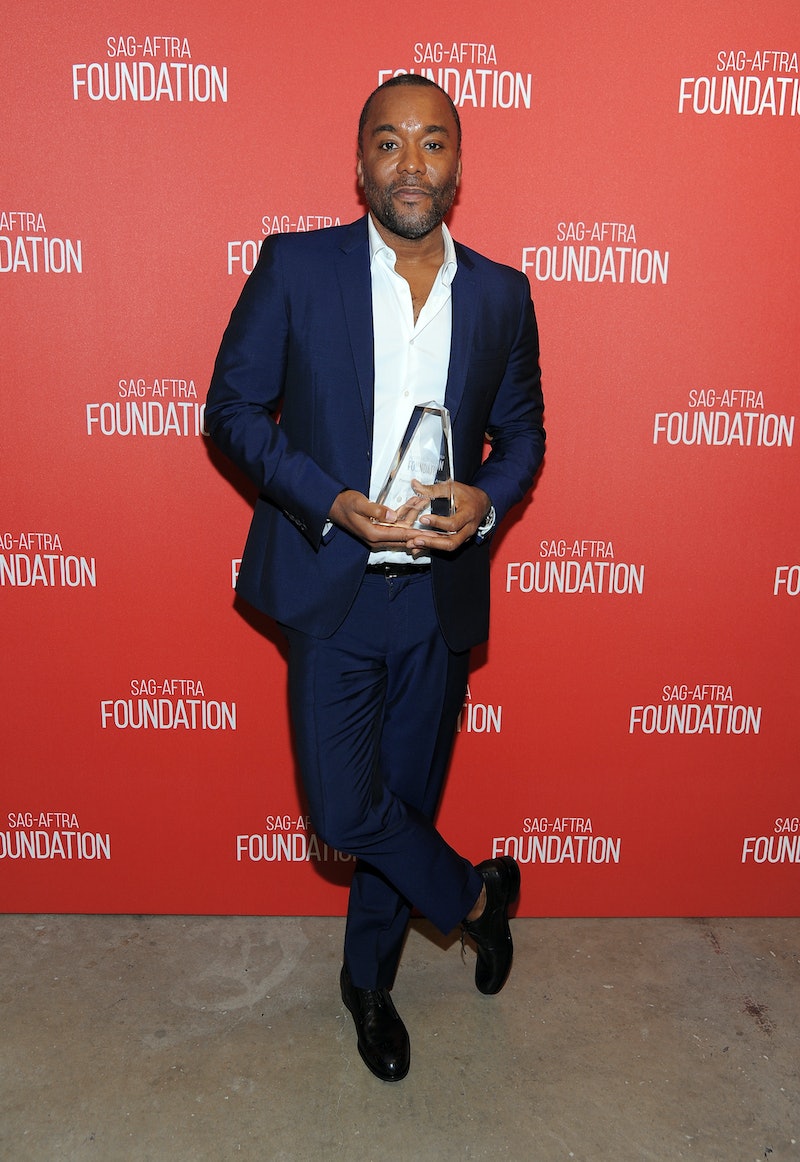 Unless you live under a rock, you should be very familiar with the name of the latest star to appear on Empire: Lee Daniels. He is also the creator, director, and sometimes writer of the smash hit. You know, that show on Fox with the badass soundtrack and amazing stars that you can’t stop hearing about from all of your musically inclined friends? If Daniels' name doesn't ring a bell, then maybe you’ve heard of Lee Daniels’ The Butler? Monster’s Ball? Precious? He had a hand in the creation of all of these hallmark films, taking the helm as director of The Butler and Precious, and producing Monster's Ball. Lucky for fans of Empire, its multitalented creator has taken time out of his many jobs to guest star in this week's "Sinned Against."

For the occasion, Daniels is taking on an exciting character: himself. As Entertainment Weekly reported, the real-life director will direct Jamal's Pepsi commercial within the world of Empire, which is also a real commercial, directed by... Daniels. Is that meta enough for you? Of course, because this is Empire, where anything can happen, there's always the chance that Daniels' role could expand. If it does, here are some storylines I'd like to see him take on.

As a star with a penchant for signature shades, I'm hoping this iteration of Daniels will have some part in the creation and/or distribution of new eyewear for the Lyon family. It'd be a great way to give Cookie a fresh pair of shades to hide yet another eviscerating glare.

What if in addition to directing, acting, and producing, Daniels can sing? He's already proven that he has an ear for musical talent, and I'd like to see him duet with one of the Empire artists — or even a Lyon brother.

Though the Lyon family has done quite well for themselves already, Daniels could still teach them something about building an empire. Before Daniels was a filmmaker, according to the New York Times, he was a receptionist at a nursing agency, and then opened his own company, where he managed a staff of over 500 people. He then channeled his talents into casting for film and TV, before managing actors, and eventually, beginning the career we now know him before. So, yeah, I’d take whatever advice he’d give me.

Judging by his enviable Instagram feed, Daniels loves to hang out with his casts. Perhaps he'll pop in to help hostile Lucious relax, or give Cookie a little love, or hang out with one of the Lyon boys. I don't think anyone would turn down a hug from him.

Maybe to make things even more meta, Daniels will go from directing Jamal's commercial, to working on Empire. After all, he's the one in charge.