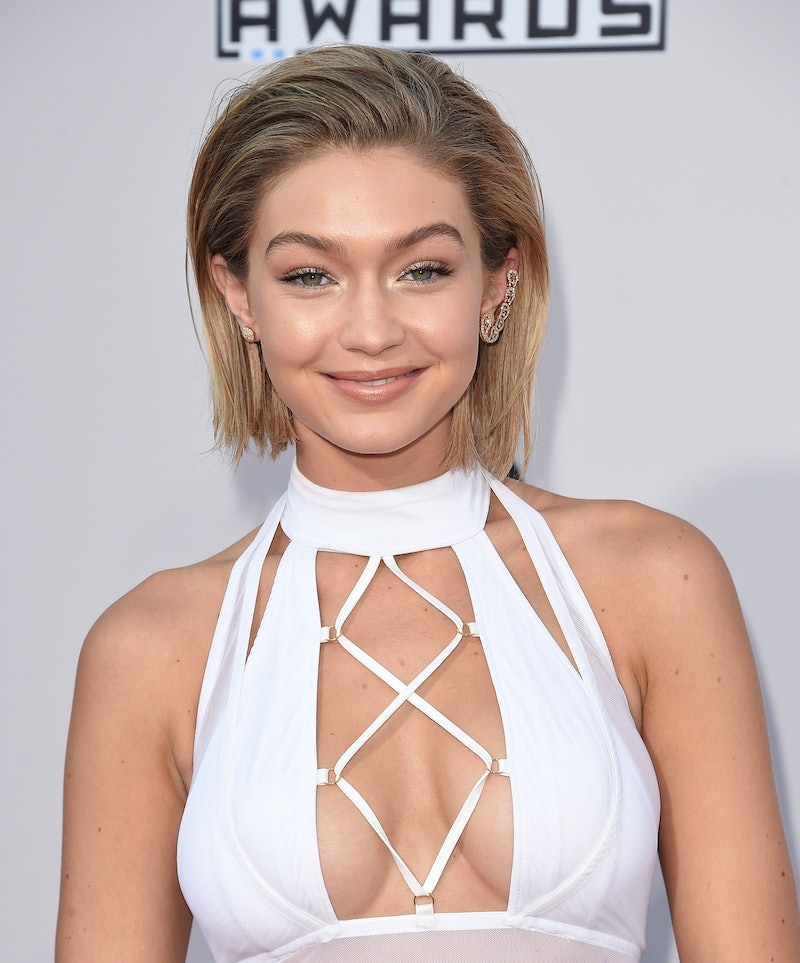 It looks like there might be an answer as to why Harry Styles seemingly rolled his eyes at Gigi Hadid while at the American Music Awards on Sunday. According to Us Weekly, Gigi Hadid and Zayn Malik are dating. Gasp! Is this real life? Per a source, "It’s a very new thing. They're just seeing where it goes." Another source said, "I wouldn't call them boyfriend and girlfriend. But seeing each other? Definitely. He's chuffed."

Apparently, after the AMAs, the two were spotted "enjoying each other's company" at a party in West Hollywood. So, back to my original question: Is this why Styles acted all awkward (according to fans and those who are blowing the moment out of proportion) around Hadid? Let me rehash for those who have no idea what I'm talking about.

During a red carpet interview at the AMAs with Giuliana Rancic, One Direction was answering questions when Rancic invited Hadid to join them. She then asked Hadid if she ever met the band before. The moment was kind of uncomfortable because Hadid is friends with Taylor Swift and Kendall Jenner, whom are both reportedly exes of Styles'. The awkwardness didn't stop there, because after shaking hands with Hadid, Styles appeared to rolled his eyes at her. It's hard to say for certain if he was rolling his as at her specifically, but it still made for a prickly moment.

Maybe, just maybe, Styles rolled his eyes because he knows Hadid is dating former 1D member Malik? I mean, I really doubt it and, like I said, it's hard to tell if Styles truly rolled his eyes at Hadid. Whatever the case, I'm pretty sure these group of young individuals are more mature than that. Well, at least I hope so.

Either way, One Directioners might never know why Styles seemingly threw shade Hadid's way. All I know is, don't ask him during a game of "Never Have I Ever," because he doesn't the play it well.