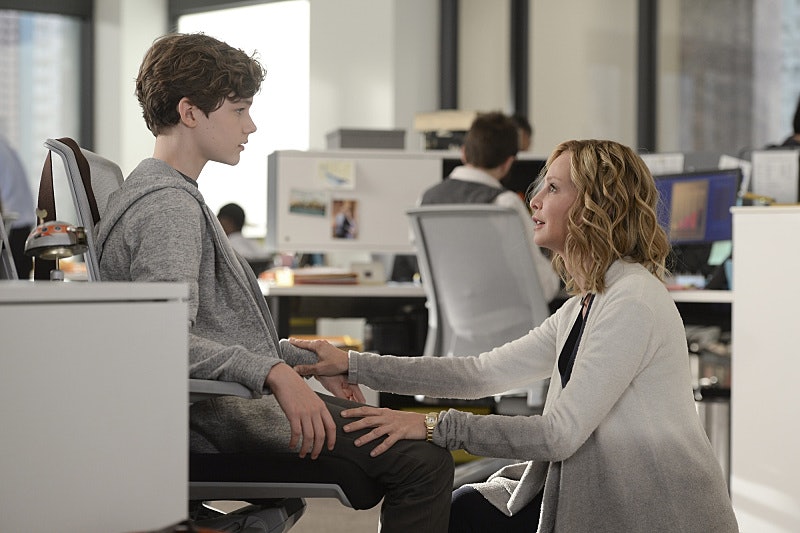 There are potential villains at every corner on Supergirl, but what about the potential heroes? Kara isn't exactly besties with Lucy "Superwoman" Lane, but one would imagine that the superfriends will add to their number eventually. Could Carter Grant become a hero on Supergirl ? He met his heroine in Monday's episode, and may have been inspired.

In the comics, Cat Grant has a son named Adam who is murdered by Toyman, also known as Winslow Schott. So let's hope that none of that happens on the CBS series — though having Winn fail at watching him might have been a fun Easter Egg to that storyline. I don't think that he is necessarily is a different DC comics character in disguised. The only comic book Carter is Carter Hall, also known as Hawkman, who will be a main character in DC's Legends of Tomorrow. Maybe he was named after Lynda Carter, who played Wonder Woman, as an homage. I just think it's possible that this kid could be groomed to be a tiny vigilante in later episodes. The series could invent a character if they really wanted. That said, Cat Grant is featured in comics involving Superboy, I'm just saying.

What we do know is that Carter idolizes the girl in blue, and it's nice to see a boy looking up to a female hero in this way. That's the kind of message that I like about this show. Kara asked him if he was ready to be a hero, and his mother later quizzed him on what made Supergirl a hero. Was that just a way for Maxwell Lord to ID Kara in the future and for Cat to deliver yet another feminist lesson, or foreshadowing Carter's destiny as well? It was nice to see him bring out a nerdier side in Cat Grant, as well. However, how is a child who makes jokes about a woman's legs to his mother's face young enough to need a babysitter? City kids grow up so fast... All in all, I enjoyed Carter and his puppy love crush on Supergirl a lot, and I hope that he is used for more than collateral damage on this series.