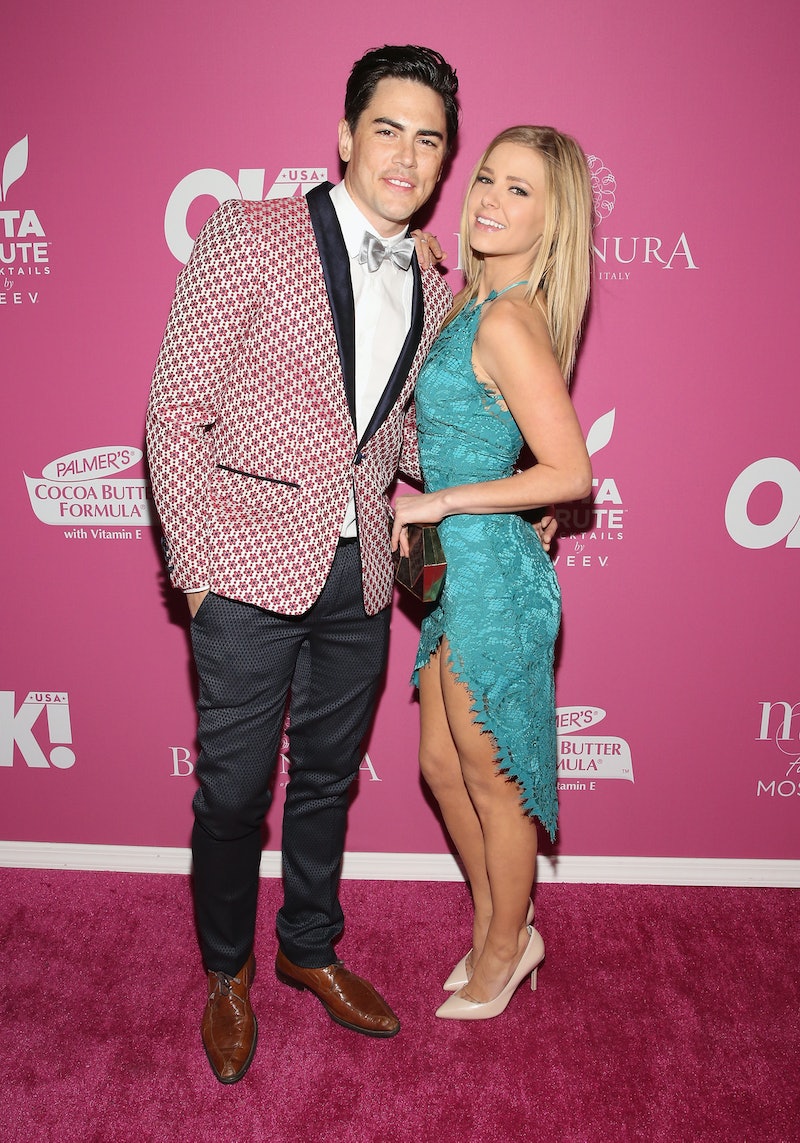 I must say, I feel especially thankful this evening. I don’t know if it’s because Thanksgiving is on the horizon or if it is because I just finished watching Vanderpump Rules or if it is a combination of the two, but my heart is so full right now. Week after week, Season 4 has delivered an excellent hour of television, and this week was no exception. On Monday night's episode of Pump Rules, there were tears, there was laughter, there was drunken buffoonery, and there was a business meeting at Villa Rosa. Oh, do you know what else this episode had going for it? Another round of terrific facial expressions courtesy of Ariana.

Toward the end of the first half of the episode, Tom Sandoval, Ariana, Tom Schwartz, Katie, Peter, and Sarah go out for a triple date dinner. At some point during the meal, Tom Sandoval and Ariana are asked to share their thoughts on marriage. Tom Sandoval says that before dating Ariana, he never saw himself getting hitched. However, his current relationship has changed his outlook and now he'd totally be down to tie the knot with his girlfriend. Ariana, on the other hand, says she really isn't interested in getting married. In a talking head, she explains that the marrying thing just is not her thing.

Ariana tells the triple date crew that she is touched by Sandoval's sweet declaration. Meanwhile, her face does this:

And then, she forks some pasta into her mouth only to let it slowly fall back into the bowl:

It's so impolite, yet so graceful. Like a glamorous belch. Truly masterful prop comedy work. I am in awe. If I didn't already love Ariana, rest assured that she would've noodled her way into my heart with this pasta drop move.