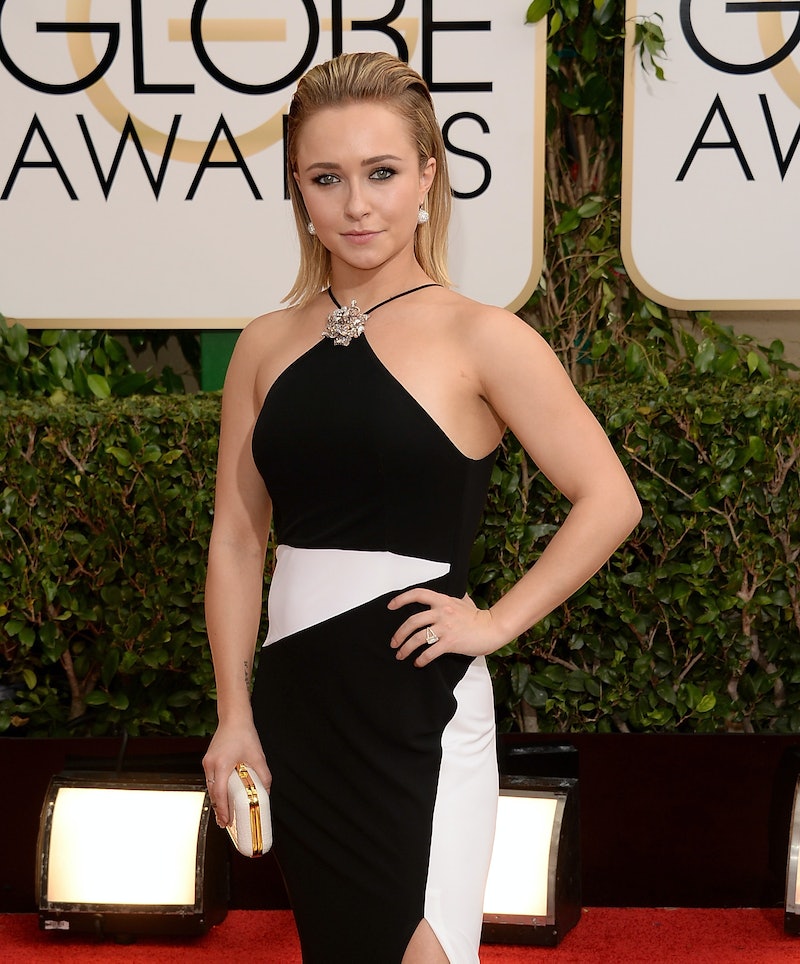 In the world of celebrity fashion, style sins are committed daily. (Why else would Fashion Police still be on the air?) But Nashville star Hayden Panettiere was guilty of a supposedly major fashion no-no at the 2014 Golden Globes: wearing a Tom Ford gown that was bought (gasp!) at retail.

And if there’s anything that brings out the fashion crowd’s claws and snark, it’s having the gall to actually use your own money to purchase a red-carpet gown, rather than pull it off the runway or — the ultimate status symbol — have it custom designed.

Panettiere, for one, loved her black-and-white Tom Ford dress — a gown noticeably similar to Julianne Moore’s custom-made Tom Ford number from last year’s Golden Globes — and certainly made it sound like she begged and pleaded to wear the designer until he conceded. She told E! News’ Giuliana Rancic during a red-carpet interview:

It’s the first time I’ve ever worn him, because I’ve been begging. … I feel sexy in it, I feel comfortable in it, and I’m in Tom Ford. I would wear a plastic bag if it was designed by him.

Panettiere, who was nominated for Best Supporting Actress in a TV show, Miniseries, or TV movie at the 2014 Golden Globes, later admitted at the HBO after party that she bought the dress at retail, and for a total fan-girl reason: She simply loved the gown and designer so much that she wanted to keep it for herself, rather than be forced to send a loaned gown back the next morning. (And really, why should we fault her for that?) Tom Ford addressed the issue, too, making a statement that he only dressed one star for the evening: Naomi Watts in a spectacular silver beaded gown.

Many fashion critics deemed Panettiere’s Tom Ford look a flop, which likely only added fuel to the retail-purchase fire, especially considering how amazing she looked at last year’s Globes in a custom-made Roberto Cavalli gown. So maybe the problem doesn’t lie in the fact that Panettiere had the nerve to buy her gown off the rack, but rather that the gown did nothing to flatter her petite frame. And if that's a problem a custom design can fix, maybe she should leave retail to the rest of us.