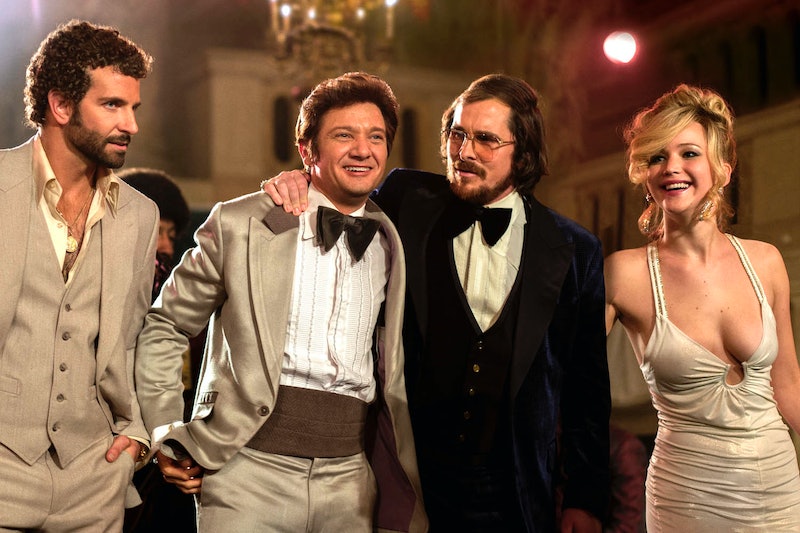 We've been pleased thus far with the 2014 Golden Globes' selection. After all, we're talking about an awards show that recruited, for the second year in a row, our imaginary best friends Tina Fey and Amy Poehler as hosts. But, when it comes to the awards themselves — which were announced Thursday by delightful celebrities Olivia Wilde, Zoe Saldana, and Aziz Ansari — were the Globes infallible?

Well, if you were a fan of The Butler, you might not think so. Though Oprah Winfrey, and the rest of the cast and crew of Lee Daniels' film, were snubbed this year, the list of nominations prove that 2014 will be a tight race. Not only do freshman TV nominees like House of Cards and Masters of Sex have to contend with the critical behemoth that was Breaking Bad, which ended this past September, but the movie categories this year seem even more competitive. A Best Actress category that includes all former Oscar winners? A Best Actor category made up of Oscar alums and heavily hyped newbies? A Musical or Comedy Best Motion Picture category that, for the first time ever, seems more palatable than the Drama Best Motion Picture category? We have no idea how we'll fill out our ballots this year, so we certainly don't envy the Hollywood Foreign Press Association this year.

That said, a few projects seem to have a leg up — both 12 Years a Slave and American Hustle picked up seven nominations, to the surprise of few awards season prognosticators. But who is trailing the two films? Look below to see the full list of nominees!

More like this
2023 Oscar Nominations List: 'Everything Everywhere All At Once' Leads With 11 Nods
By Jake Viswanath
Twitter Is Saying The Same Thing About The All-Male BRIT Nominees
By Sam Ramsden
Selena Gomez Dismissed Trolls' Comments About Her Body After The Golden Globes
By Stephanie Topacio Long
40 Things That Instantly Make Your Home Look A Lot Better For Under $35 On Amazon
By Nina Bradley
Get Even More From Bustle — Sign Up For The Newsletter
From hair trends to relationship advice, our daily newsletter has everything you need to sound like a person who’s on TikTok, even if you aren’t.