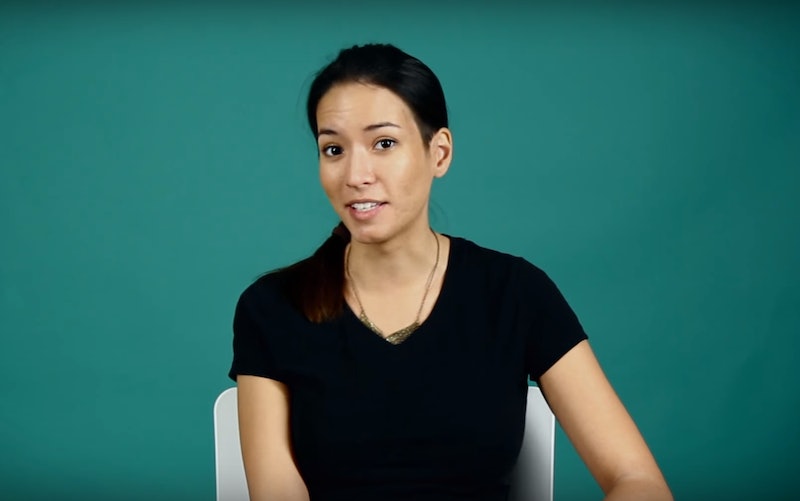 A new video from BuzzFeed answers the question “What is asexuality?” The answer is pretty simple: “Asexuality is an orientation in which the individual does not experience sexual attraction.” A British study found that about one in every hundred people is asexual, and yet many people are either unaware that asexuality exists or confused about what it means. The video’s three participants respond to common questions about this often-ignored aspect of the sexual spectrum and dispel myths about asexuality that are incorrect and harmful.

The video begins by putting to rest the common misconception that asexuality and celibacy are the same thing. They’re not. As one woman explains, “Celibacy is a choice. Asexuality is a sexual orientation, and therefore not a choice.” Asexuality isn’t defined by whether someone has sex, but by whether that person wants to have sex. If an asexual person decides to have sex, that person will still be asexual afterward. If a sexually abstinent person decides to have sex, then he or she is no longer abstaining.

Although asexual people share a lack of sexual attraction, the video demonstrates that asexuality — like most other facets of human experience — is complex and varies from person to person. When asked if asexual people experience sexual arousal, the participants explain that some asexual people experience no arousal at all and others do. One guy adds, “Just because they don’t want to do anything with it doesn’t necessarily mean that the equipment isn’t all in functioning order.”

They further explain that sexual attraction and romantic attraction aren’t the same. Some asexual people to feel romantically attracted to others and want to be in romantic relationships, and some don’t. Asexual people may or may not choose to have sex with their romantic partners; as one woman says, “It’s definitely dependent on the two people or more than two people involved in that relationship.” Although asexuality — and the sexual spectrum in general — can be a complex thing that different people experience in different ways, the video’s ultimate message about asexuality is simple: “We’re just normal people, just like everyone else.”

To learn more about asexuality, check out the Asexual Visibility & Education Network (AVEN).