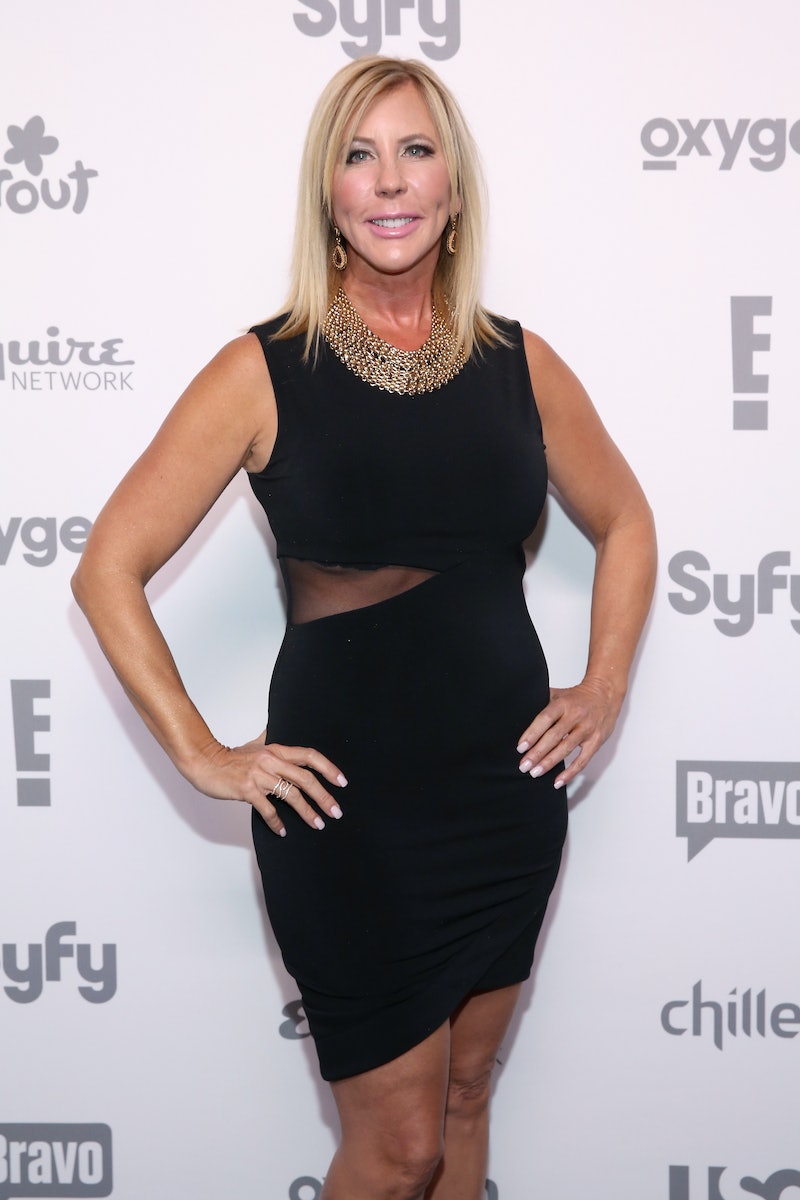 During a one-on-one interview with Watch What Happens Live host Andy Cohen, Real Housewives of Orange County star Vicki Gunvalson revealed she regrets divorcing Donn Gunvalson. In 2010, Vicki filed for divorce from Donn after 19 years of marriage. He was a prominent figure during the earlier years of RHOC and many fans loved him. (The same cannot be said in regards to Vicki's most recent ex-boyfriend Brooks Ayers.) After Cohen asked Vicki if she chooses men who aren't good for her, she said,

I think Donn is an amazing man. So, I'm not going to say he wasn't good for me. I think if I had to do it all over again, I would not have divorced Donn. I know that for a fact. We both went sideways for multiple reasons, but in hindsight, if we could do things differently... He was a great man [and] a great husband.

Surprised? Happy? Feeling all kinds of emotions because you want Vicki and Donn to rekindle their love? Well, her comments didn't stop there. She also revealed they're spending a week together in Florida for Thanksgiving as a family. Of course, Cohen also brought up that psychic featured in Season 10, who "predicted" that Vicki and Donn would get back together. So, would Vicki reunite with Donn? She told Cohen, "For me, I would, because I want my family back, but I don't think for Donn. I think he's really hurt."

Well, Vicki isn't alone in regretting her divorce and wanting to get back with her ex-husband. Fans are all aboard the Vicki/Donn love train:

Is there really hope for Vicki and Donn? I wouldn't hold your breath, but crazier things have happened on RHOC.