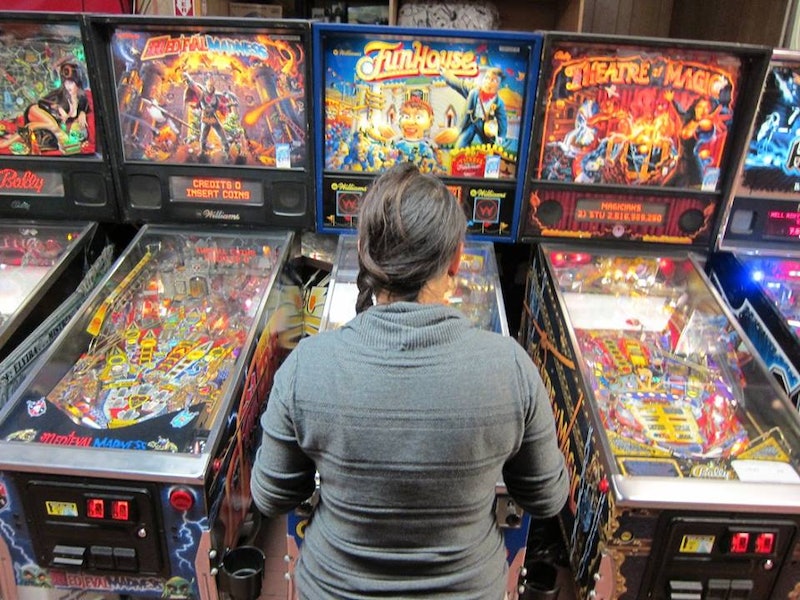 It’s become harder than ever to drag ourselves outside with our lightning-fast smart phones, and a ton of great new shows to binge-watch online. We are more likely to network over LinkedIn than face-to-face. With all these cyber distractions, socializing and meeting new people without the aid of technology has become a rarity. But remember the days of forming friendships over games of tag and "Monopoly?" If you are yearning for an analogue experience, joining a recreational league can be an amazing way to socialize.

Becoming a member of a league immediately introduces you to a group of new people and gives you something in common. Recreational leagues focussing on sports you might’ve played in high school or college, like basketball, softball and soccer, have been around for a while. These can be a little intense for the casual player looking for a beer and low-pressure bonding. Thankfully, some more fun options have been popping up lately! You’ve already heard of adult dodgeball and kickball leagues and apps like “Meetup” are helpful for forming and connecting with these leagues in your city.

But what if you are not so physically inclined? What if you’d rather have some social lubrication while interacting with strangers and playing a game? There are some crazy cool leagues cropping up you probably didn't know existed. And hey, maybe one of them will be right for you?

Full disclosure: I am a proud member of a pinball league, and have been for years now. After a breakup, I found myself living in a strange neighborhood, by myself, with few friends nearby. Instead of turning to the internet to meet people, I turned to my new local bar. There, a group of people in their 20s and 30s were intensely playing pinball on the boxy machines in the back. I had never seen something like it — I was mesmerized by the flashing lights and the sound effects as the silver ball shuffled over the ramps and loops. Instead of letting me sip my beer by myself these strangers taught me how to play. A pinball renaissance is upon us, and more and more bars are putting in refurbished machines next to the tired old dart board and Big Buck Hunter.

The leagues are based out of bars and pinball arcades around the country. In my league, different teams rep each bar with pinball machines — there are scoresheets, and championships, and serious pride on the line. By sheer happenstance of joining this league, I've met an amazing group of crazy/cool weirdos who love pinball and drinking and fun. I even met the man who is now my fiancé. There's nothing more old-school cool than playing the old Silverball — just like your parents and even grandparents did for a nickel (though prices are a little steeper now).

There are over 20 major paintball leagues in the United States alone. And while this bruise-forming sport might be a little more intense than bar-based leagues, it certainly gives you a fun way to get some fresh air. And possibly fresh terror. Get your endorphins pumping by facing off against a co-ed squad of paint snipers. If you want that Hunger Games experience look no further, and unleash your inner Katniss!

The game you played for hours in "Chucky Cheese" is back, and better than ever. While tossing back a few glasses of wiiiiiine may not make your aim any more accurate, this casual league will make you feel like you accomplished something besides just getting drunk on a Tuesday. The Skee-ball league in New York, SkeeNYC, stresses in their mission statement that they understand the "importance of community and creating an environment that’s welcoming, fun and as stress-free as possible." What could be better? So trade those tickets for a championship by joining an adult skee-ball league and make all your coworkers jealous.

I know deck Shuffleboard probably conjures images of geriatrics on a cruise in pastel polos and visors, but recently this 500-year-old European sport ("shovillaborde" was gambled over by King Henry VIII), is making a comeback. Shuffleboard clubs are breaking out of Florida and popping up all over the US, even in Brooklyn. This low-physical impact game, leaves plenty of downtime for drinking and team bonding. Similar to sports like hockey, bowling, bocce, and pool-- the goal is to gently push a weighted disk (the biscuit) down a wooden deck and score points by landing it in certain areas of a triangular scoring zone at the other end (the kitchen). Here is a handy infographic explaining the basics of Shuffleboard. The teams are comprised of groups of four and up. Just create a silly name for your troupe, and you're good to go! Some of my favorites include: "Shuffy the Vampire Slayer," "Limp Biscuits," or the "Shufflepuffs."

Wish you never had to stop playing pretend and dressing up? Reclaim your childhood by participating in some Live Action Role Play. There is no denying that it is certainly nerdy, but I won't judge. There are all types of LARP events from Hunger Games to Harry Potter to the traditional Medieval-ish Fantasy. Participate in a new battle every week by joining a LARP league. Their weapons may be made out of foam but they are deadly serious about having a good time. Most leagues make it super easy to join — just show up to the meeting spot and they might even have extra gear on hand to lend to first timers. So whether you're a spell-casting princess, sword-wielding knight, or spear-chucking troll this league is for you.

Sadly, this game does not involve any brined veggies. Pickleball was invented in the 1960s as an easy sport for kids and was deemed so enjoyable that it was quickly co-opted by adults. A cross between tennis, badminton, and table tennis, you can find matches and leagues at many local YMCAs. It's played on what looks like a badminton court with rules similar to tennis, and the rackets look like oversized ping-pong paddles. Though it requires some skillz in the hand-eye coordination department, people of all ages and abilities can play. Like shuffleboard, it is popular with older people, but is having a youthful resurgence. Cost-effective, quick to learn, and competitive-- if you are yearning for a new way to get your heart rate up, this is it!