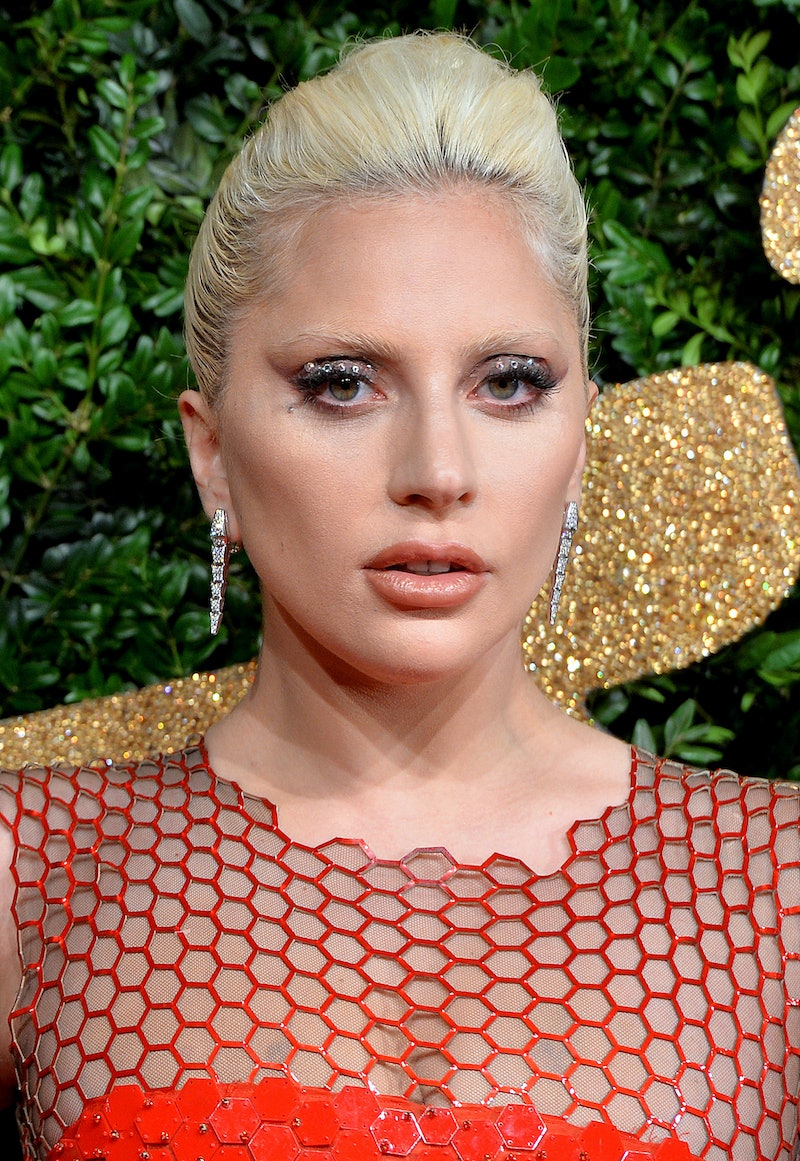 Attention Little Monsters: There's been a very important development regarding Lady Gaga's new album. According to British pop singer Lily Allen, it's possible that Lady Gaga and Mark Ronson are recording new music together. That's right: Mother Monster's very own version of "Uptown Funk" could be hitting the airwaves soon! During a red carpet interview at the British Fashion Awards on Monday evening, Allen told E! UK, "I was meant to be in the studio with Mark Ronson tomorrow, and he cancelled on me 'cause Gaga's here." (Gaga also attended the awards.) The Sheezus artist went on to joke that she just might show up at the studio anyway and ask Gaga to do a duet (which I certainly wouldn't be opposed to!). What a time to be alive.

We learned in January that Gaga was back in the studio with RedOne, the producer who helped her create mega-hits like "Just Dance," "Poker Face," and "Bad Romance." But aside from that small tidbit, details on Gaga's much-anticipated fifth LP (which fans have dubbed "LG5" until an official title is announced) have been relatively scarce. If this Gaga/Ronson development turns out to be true, I'll be thrilled. I'm all about Gaga experimenting with new sounds on her upcoming release — and Ronson is an extremely talented musician.

Below are seven songs from Ronson's production discography that I hope will influence his potential collab with Gaga:

I think Gaga would do quite well with a slinky, jazzy mid-tempo like Amy Winehouse's iconic "You Know I'm No Good."

Bruno Mars — "Locked Out Of Heaven"

If you ask me, Lady Gaga and funky, The Police–esque '80s pop would be a match made in heaven.

It's impossible not to smile when listening to Mark Ronson's remix of "Smile." Impossible.

"Somebody To Love Me"

The drama in the first verse just screams Gaga.

In my humble opinion, "Cold Shoulder" is one of Adele's most underrated tracks.

Christina Aguilera's Back to Basics album is pretty hit or miss for me, but "Slow Down Baby" is definitely a highlight.

Perfection. If Gaga and Ronson's rumored collab ends up sounding anything like "Valerie," I'll pass out from happiness.