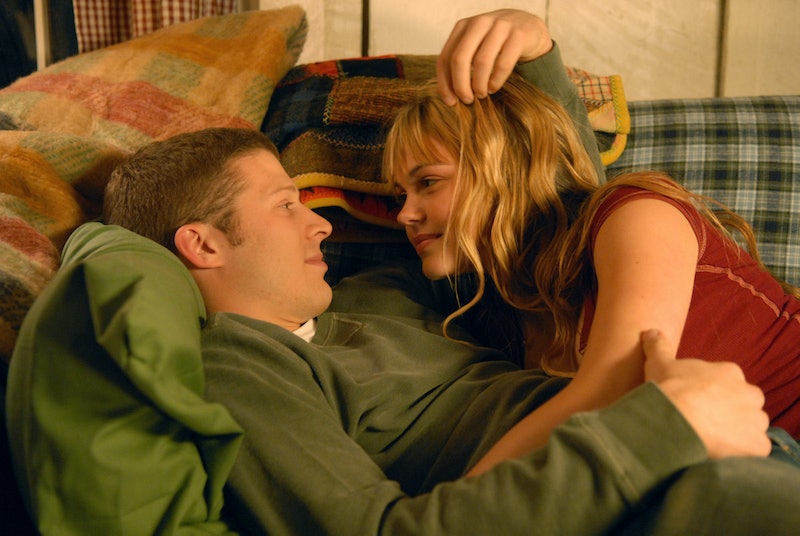 If you’ve already heard the news that Friday Night Lights is being adapted into a musical in 2016, I think it’s important for me to remind you to breathe. Because it took me about five minutes and several times reading through the news brief for me to a) stop smiling like a psychopath, b) pick my jaw up off the floor, and c) talk normally. “Are you a fan of Friday Night Lights?” my editor innocently asked me, and all I could do was nod my head and stop myself from screaming “Clear Eyes! Full Hearts! Can't Lose!” like some sort of indoctrinated cult member. Because, guys, I worship at the altar that is FNL. But instead of acting a fool in my place of employment, I immediately funneled my energy into casting the Friday Night Lights musical in my head. As all reasonable people do.

It turns out that Coach Taylor is already present and accounted for. Brace yourselves for this one, Panther fans: Scott Porter — as in the original Jason Street — is already set to play Eric Taylor, and I swear, I had to bite my finger to stop myself to screaming at the news. Has there ever been a more perfect casting announcement ever? No. The answer is definitely no.

But a Panther fan can try, which is why I’ve gone ahead and scoured casting reels, demo tapes, and YouTube clips in order to find a group of actors capable of mastering a Southern accent and singing their little hearts out. Because seriously, wouldn’t these actors be perfect in the parts?

Winslet’s already mastered an American accent, so I think she’d be a pro at going Southern. But the thing that makes her the most perfect choice to play Tami is her outspoken self-love and her damn fine singing voice.

Kendrick is as comfortable onstage as she is in front of the camera. Plus she’s mastered the art of being sweet, quirky, and totally lovable. All the things that makes Julie what she is.

A girl can dream, OK? Not to mention, this guy can totally sing.

Pine has that all-American look that is necessary for the part of quarterback Jason Street, but he also has a great set of pipes.

This casting call is mainly due to the fact that both Redmayne and Landry have those very British, very ruddy complexions. And the Les Mis star can sing like crazy.

OK, hear me out on this one. Before you get all upset, let me remind you that it is not just Saracen’s stunning good looks that you fell for back in 2006 when the series first premiered, but also his modesty, his charm, and his heartbreakingly sweet awkwardness. Michael Cera can sing, and he’s made a name for himself out of the exact characteristics above.

You’re welcome. Not to mention, Lawrence (who sings in The Hunger Games saga!) has excelled at playing outcasts, sidekicks, and rebellious women as of late. I think it’d be awesome to see what she would do — and the complexity she would bring to the part — with a relatively straight-laced character.

Do you hear that voice? That edginess would be perfect for a character that is a little rough around the edges like Tyra is.

So there you have it, casting directors of the world. I have staked my claim in this project. You can pay me for the wonderful suggestions (and the curated casting tapes) in free tickets to the show. Because, seriously, there’s no way I’m going to miss this.