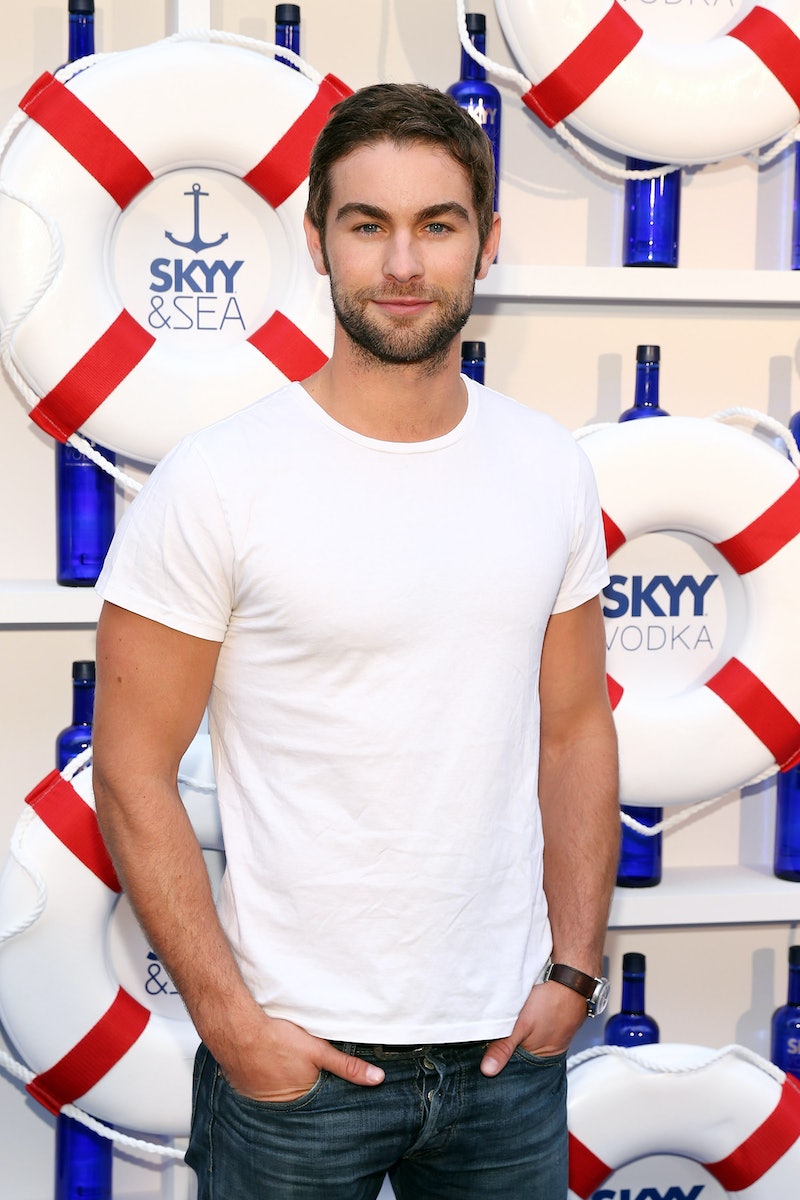 Did you hear that Upper Eastsiders? Chace Crawford has officially joined the long list of guest stars arriving in Lima, OH for Glee 's 100th episode. Crawford is the only first-time guest star to be announced for the show's centennial episode — other stars have been guests or series regulars in a past — and Crawford will be playing Dianna Agron's love interest from Yale. He's basically Nate Archibald 2.0. But as fun and fulfilling to our Gossip Girl nostalgia this casting news is, we're left wondering why Glee would give Agron's Quinn Fabray a love interest for only two episodes.

Glee doesn't usually just bring guest stars on for one episode — well, unless they're Britney Spears — and they definitely don't bring them on for former series regulars that are making their first return this season like Quinn Fabray. Matthew Morrison told E! News that Crawford will play Quinn's collegiate love interest Biff and that he's "kind of a Yalie degenerate." We can't deny that this is perfect type-casting at its finest. It's all very interesting, but what the hell does it mean?

Here's what we think and what we hope Crawford's casting announcement means who knows, it might be really great:

Dianna Agron Is Back

Well, we already know she'll be back for the two-episode extravaganza that is "100" but she might be back for even longer than that. I can't imagine why they'd want to establish a love interest for Quinn Fabray for two episodes and then end it. That would just be an unnecessary addition to the already packed plot of the two episodes and honestly, who even cares what Quinn's been up to romantically at college? So it has to mean that she's sticking around for awhile — well, we hope that's what it means.

Quinn Is Headed To New York For The Summer

If, in a perfect world, Quinn did stick around post-"100," we'd hope that she'd move to New York for the summer (now that her semester at Yale is over) and for a kind of weird but really awesome dramatic arts intensive class. Because she's Quinn and she would. She might even crash with Kurt, Rachel and Santana which would just be EPIC among other things to have this entire crew together — especially when you take into consideration the fact that Mercedes, Blaine, Sam and hopefully Artie will all be making the big move to New York City following "100".

In a major and exciting plot twist, Quinn will announce during "100" that she's quitting Yale and will be moving to New York City to pursue her acting career full time. At which point we will throw our hands in the air will glee (pun intended) and will thank Ryan Murphy and FOX for making the best possible decision in the entire world. She'd hit off-Broadway before making a debut in some re-imagined version of a Shakespeare classic and we'd never have to say goodbye to Quinn Fabray ever again.

Or this could just mean that Quinn Fabray is dating a huge, rich jerk, played by Chace Crawford, that she met at Yale and we'll get two episodes of him being an asshole and us feeling sorry for Quinn before she disappears into the far fringes of Glee again for all eternity.

Please, Ryan Murphy, don't do that to us.