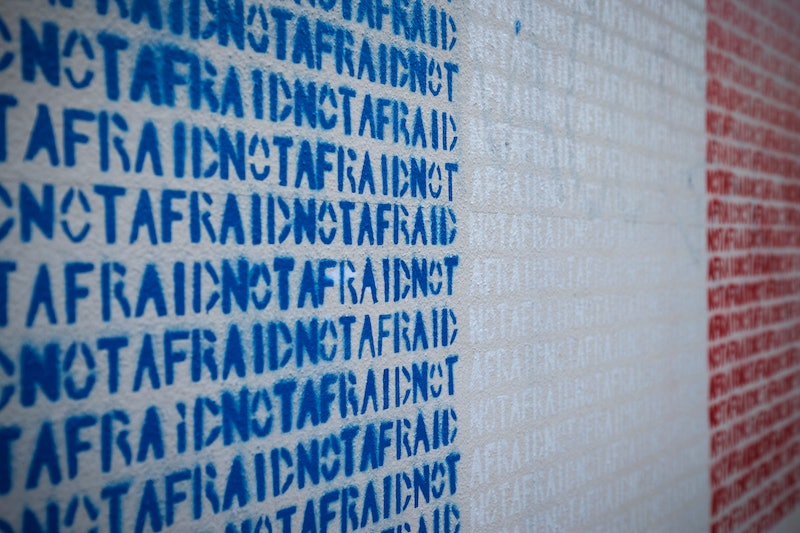 When the worst side of human nature makes an appearance and we find ourselves in the face of some sort of tragic event — whether in our own countries or thousands of miles away — we must find ways to cope. Expressing feelings of anger, fear, or mourning is not that easy, though. So when someone else is able to perfectly articulate our emotions during times of hardship and pain in words, it can feel like you've found a person who truly understands, as well as an outlet for moving forward. With their knack for bringing words together like no other writers can, poems have helped us deal with tragic events for centuries.

In the wake of recent events, from terrorist attacks in Paris and Beirut to the ongoing refugee crisis, people around the globe have turned to poems both to understand the experiences of victims and to then express solidarity and sympathy. Warsan Shire, a Somali-British writer and poet, has seen her works become a voice for many as the world confronts a number of tragedies. Her poem "What They Did Yesterday Afternoon" concisely frames the hurt felt across continents in exactly the same way poets have done during difficult times of the past.

In response to the November terrorist attacks in Paris, Beirut, and Baghdad, Parikh called on people around the globe to pray not just for one city in particular, but the world. Hundreds of thousands of social media users then shared the India-based blogger's post on various sites.

Before readers took to Shire's "What That Did Yesterday Afternoon," a few lines from her poem "Home" struck a chord with many looking to grasp the seriousness of refugees' fleeing countries in both the Middle East and Africa.

"You have to understand, that no one puts their children in a boat unless the water is safer than the land."

3. Sadako Kurihara's "We Shall Bring Forth New Life"

Out of the ruinous nuclear attack on Hiroshima during World War II, Kurihara produced a work that expresses hope in light of disaster. A survivor of the attack, Kurihara has said that the poem, which is about a midwife helping a pregnant woman deliver her baby in the aftermath of the bombing, is based on true events.

Whitman's ode to Abraham Lincoln is a lesson in mourning. Whitman wrote the elegy in honor of America's 16th president after he was assassinated in 1865, using the extended metaphor throughout the poem that the former president was the captain of the ship that is the United States.

5. Martin Niemoller's "First They Came For The Socialists"

Niemoller's famous verse put into words the guilt of many who either supported Hitler's Nazi policies or accepted them by way of submission. A former promoter of Hitler, Niemoller expressed the danger in not speaking out on behalf of a group merely because you are not a part of that group.

6. Galway Kinnell's "When The Towers Fell"

In the year after the 9/11 attacks, Kinnell didn't only offer readers a poetic account of the events that occurred that day. He presented a statement on a century's history of violence.

The separation of India and Pakistan in 1947 resulted in the deaths of hundreds of thousands and the displacement of an estimated 14 million people. Auden goes after Brit Sir Cyril Radcliffe, who was assigned the duty of drawing the partition lines between the countries, in this 1966 poem.

More like this
5 Ways To Stand In Solidarity With Women In America From The UK
By Sophie McEvoy
How To Fight For Reproductive Rights, Based On How Much Time You Have
By Courtney Young
Aesop's Queer Library Is Open
By Tomi Otekunrin
Windrush Victims Are Still Waiting For Compensation
By Sam Ramsden
Get Even More From Bustle — Sign Up For The Newsletter