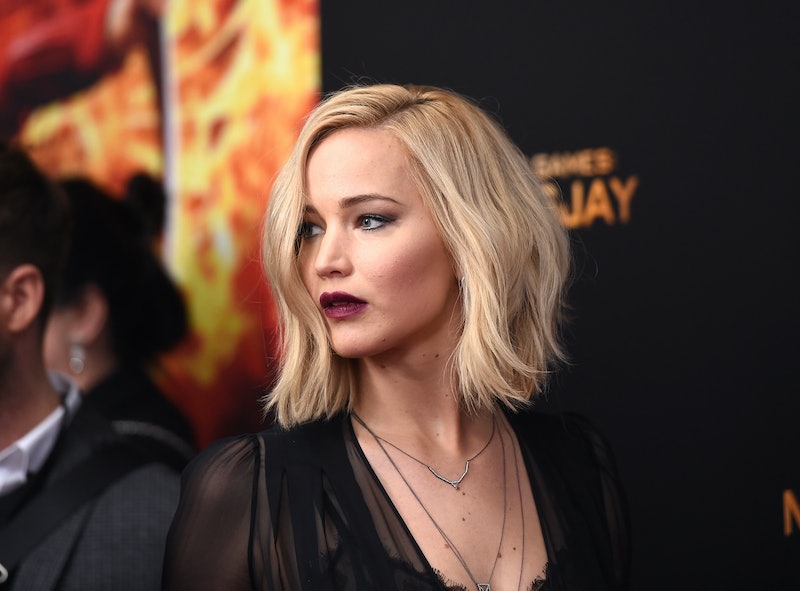 Remember that time you thought you couldn't possibly get any more intimidated by a celebrity, and then you heard Jennifer Lawrence just signed on to direct Project Delirium ? Well that was right now, and I have only this to say: "Can I live??" Some of us are just trying to scrape out an existence here, without an Academy Award and three nominations by age 25, and you're already moving on from acting to an entirely new field? GUH. And one like directing that's notoriously difficult for women to break into and get taken seriously in, that you busted into on your first attempt? DOUBLE GUH. Truly, what am I doing with my life?

In a recent conversation with Entertainment Weekly, who named her their Entertainer of the Year for 2015, Lawrence revealed her interest in directing, and also explained why we haven't heard her mention it before:

I can barely think about going to the gym without mentioning it on social media, and this girl is keeping a whole section of her life goals secret until she can do it instead of just dream it? Bow down. And like I said, Lawrence already has a project in the chamber!

I’ve signed on to direct something called Project Delirium — it’s based on this article about mental warfare in the ’60s, like an acid experiment gone terribly wrong. It’s funny, I’ve wanted to direct since I was 16 and always thought I should start making steps towards that. If I had tried to do it earlier, I wouldn’t have been ready. Now I actually feel ready.

If this is what she's feeling ready for after just 25 years on the planet, I might as well just stop trying to be an impressive human being right now, because she will outshine me in absolutely everything in no time. There seems to be truly nothing that Jennifer Lawrence can't do.