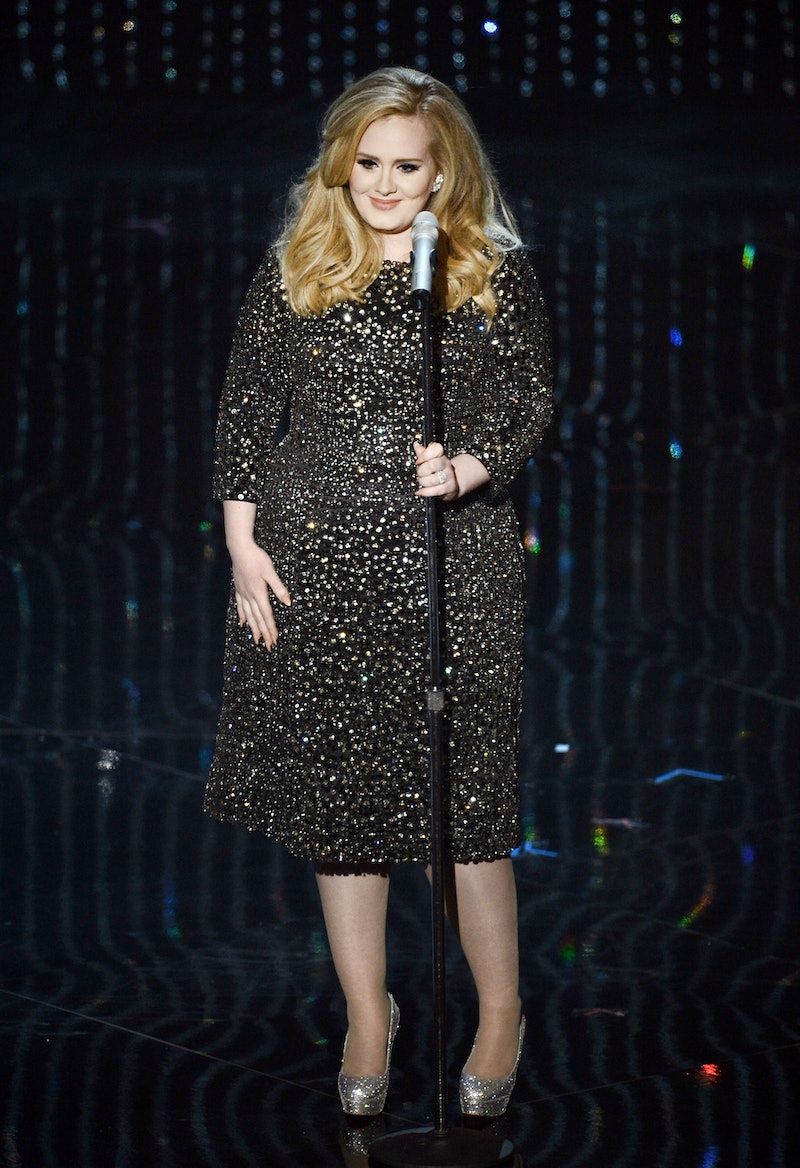 This just in: it's Adele's world and we're all just living in it. With last week's release of her third album, 25, the singer has become the only person in history to sell three million albums in a week. Yes, that's right — With 25 , Adele broke all the sales records. Three million records (to be specific, Adele sold 3.38 million records) is huge. That's like the entire population of Lithuania buying the same album!

According to the Neilsen ratings, in just one week, 25 became not only the best-selling U.S. record of the year (surpassing Taylor Swift's 1989's 1.8 million albums sold but one day in), but also pulled in the highest first-week American sales of all time. The only album that has even come close to that number was *NSYNC’s No Strings Attached, which sold 2.42 million copies its first week, and beyond that, just 18 other albums have sold over a million copies in a week's time. In a time where it's being said again and again that no one's buying music anymore and labels push huge publicity stunts just to move copies, Adele's record-breaking sales prove that pure talent is enough to stand on its own.

And while her decision to pull the plug on streaming her record didn't come without its critics, it doesn't seem to have stopped any of us from going out and buying the actual album. There seems to be a clear consensus here: Adele can do whatever the hell she wants, when she wants, and we will support her brilliance in kind. Now, excuse me, I have to go back to listening to "Water Under the Bridge" for the 1000th time.