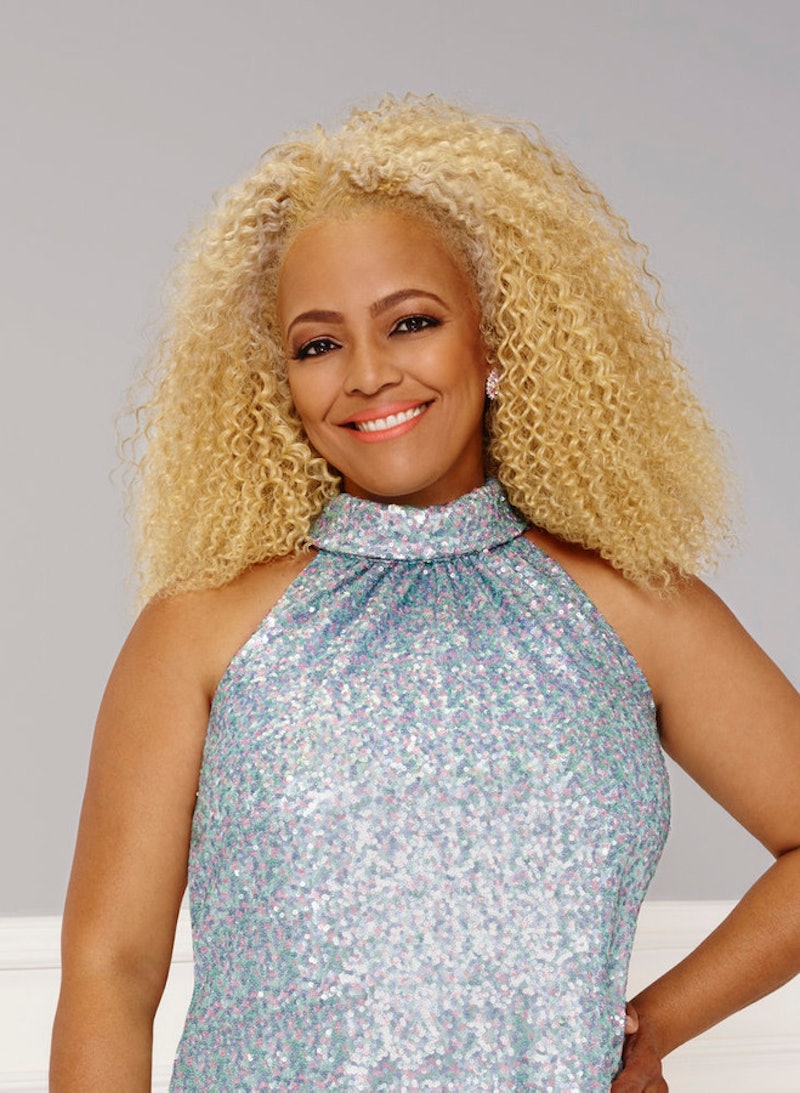 Kim Fields has been struggling to find her place among the Housewives on RHOA, and it hasn't been easy since the former TV star (she was Tootie on The Facts of Life back in the day) settled into her routine as a mom and wife. But even when Kim Fields cried over her lack of friends, there was no doubt that she would eventually start to connect with some of her Real Housewives of Atlanta cast mates. For example, she, like Kandi, is a businesswoman, so it was pretty entertaining to hear her bonding with the Kandi Koated Nights mastermind over buying sex toys.

Part of the reason Kim might have a hard time finding people to connect with is because she was a little judgmental about the amount of "boobage" out on display at Kenya's event, which isn't the easiest way to get to know the often un-shy Altanta ladies, who are not uptight about appearing on camera dressed to impress, curves on display. Another thing that might not have helped — Kim really wasn't making personal time for herself. When Phaedra asked her about what she really likes to do, Kim realized that she doesn't have that much to look forward to lately, and therefore struggles to find inspiration for new hobbies, and needs to learn how to relax a little bit. She could take a signal from her Living Single character.

But as a fellow mom looking to branch out from a tough time, Phaedra could be a good person for her to befriend. Actually, out of everyone in the cast, Phaedra has been a really good friend this season, coaching Porsha through realizing that she didn't really want to maintain her relationship with Duke anymore. And in the same way, it looks like Phaedra, Kandi, and a few others have really embraced Kim Fields, finally giving her that girl group feel she was looking for. Of course, the RHOA are also much more dramatic than the Fields family, and I doubt Kim is going to have much patience for the crew's penchant for huge blowups and even physical fighting, if the last few minutes of the episode are any indication.