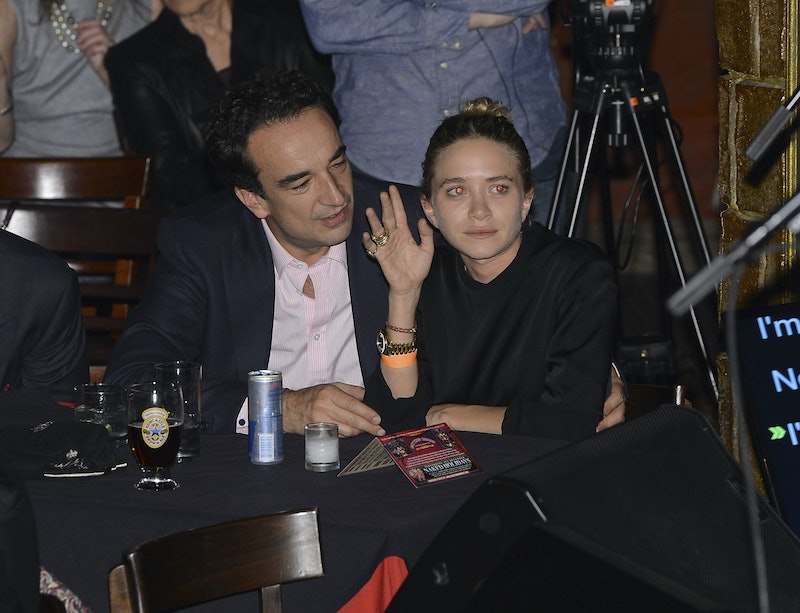 On Sunday, children of the '90s had the collective moment of what?! that comes only when you find out one of your favorite childhood actors is all grown up and married. According to Page Six, beloved Full House star and fashion powerhouse Mary-Kate Olsen reportedly married Olivier Sarkozy, New York banker and her boyfriend of three years. The paper reports that Olsen and Sarkozy had the ceremony in their home city of New York with around 50 guests in attendance. It's hard to fathom that half of everyone's favorite set of twins is reportedly off the market, but just who is Olivier Sarkozy, Olsen's apparent new husband?

For starters, Sarkozy (full name: Pierre Olivier Sarkozy) is a 46-year-old French banker who currently works in New York. He is the brother of the former President of France, Nicolas Sarkozy, so he is no stranger to the public eye, as you can probably imagine. While Sarkozy was born in France, after attending the University of St. Andrews, he has spent the entirety of his career in the U.S. as a banker, working for some of America's biggest investment banks.

So just how did he cross paths with Olsen? Well, firstly, Sarkozy was married to fashion writer and children's book author Charlotte Menard, whom he wed back in the '90s. The pair were married for 14 years and had two children together, but they divorced in 2010. Then, in 2012, it was reported that Sarkozy and Olsen had met at a party and began dating shortly after. The duo's large age gap of 17 years elicited some controversy at first, but clearly, they were serious, as in spring of 2014, Olsen was photographed with what looked like an engagement ring. Fast-forward one year, and ta-da! Sarkozy and Olsen are reportedly hitched.

The pair seem to be very happy together, and if the marriage reports are true, they are in the midst of a very exciting time. I wish Olsen and Sarkozy the best of luck as they embark on this journey!