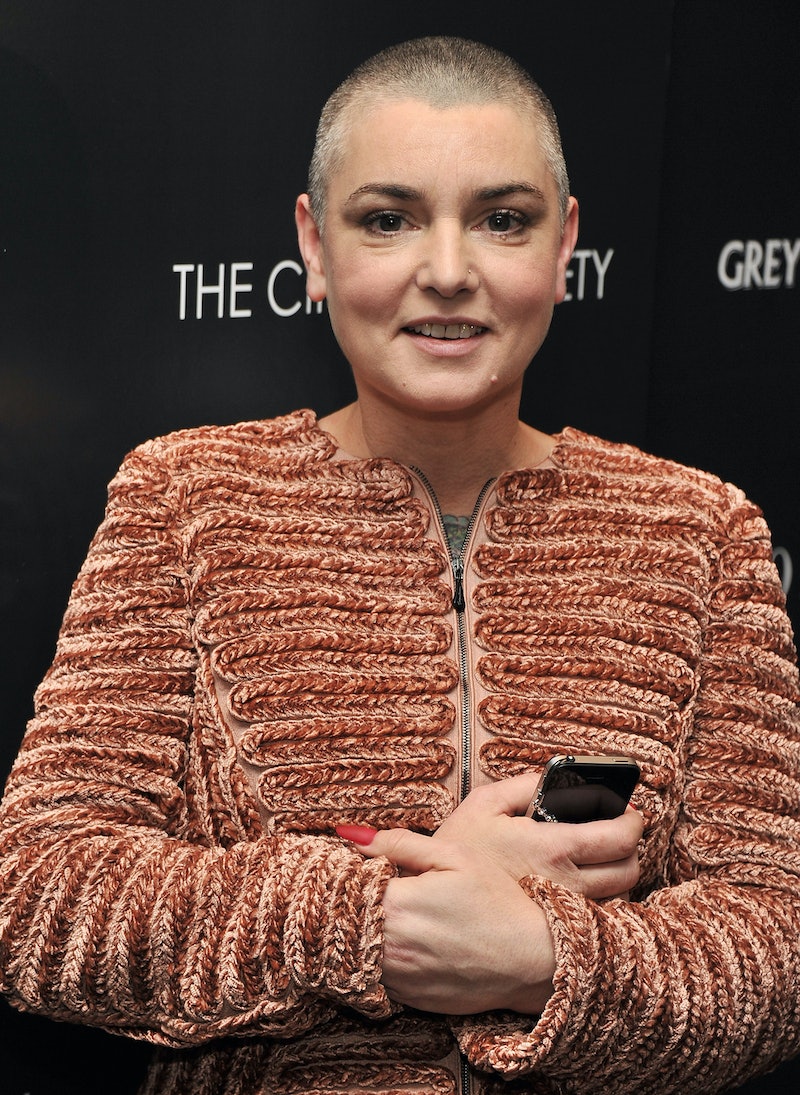 While this time of year is often filled with family and other loved ones, unfortunately that's not the case for everybody. On Sunday, Sinead O'Connor shared a heartbreaking letter on Facebook, which is being viewed as a possible suicide note. In the lengthy letter, O'Connor claims she has suffered "a horrific set of betrayals" from her family. She writes that she has "taken an overdose," saying, "There is no other way to get respect. I am not at home, I'm at a hotel, somewhere in Ireland, under another name." Pitchfork reached O'Connor's rep, who stated that the singer is "unwell and receiving treatment."

The note — which is heartbreaking and horrifying at the same time — sparked media attention. Luckily, this reportedly allowed the singer to be tracked down. According to an Irish news site, police confirmed that O'Connor is "safe and sound," while receiving medical assistance. It's certainly a relief to hear that she is reportedly getting help.

What could've led O'Connor to this point? The whole situation is a bit unclear and confusing, but in the note that's been pinned to the top of her Facebook page, the "Nothing Compares 2 U" singer writes, "There is only so much any woman can be expected to bear. What was done to me this week was appalling cruelty." She lists the names of various family members, who have allegedly been involved in the incident. According to Billboard, O'Connor has allegedly been struggling with Donal Lunny, the father of her son Shane, about whether she can see her kid, who she describes as "frighteningly sick." On her Facebook page, the singer shared other posts, regarding a battle over child custody.

Near the end of the aforementioned note, O'Connor, a mother of four, implies that she has given up. She writes,

well done guys, you've finally got rid of me. Sorry the penny didn't drop sooner. I'm an idiot. When you planned to get me away from my babies did you plan for me losing my mind over it? It being the final straw? For how you're gonna explain why I died?

All in all, the letter is a lot to take in. It's distressing, to say the least. You can read the full post from O'Connor's Facebook on her page. While it's difficult to decipher what exactly happened to her and what her current status is, here's hoping O'Connor continues to receive the attention and care that she needs. No human being should ever be pushed to such a breaking point.