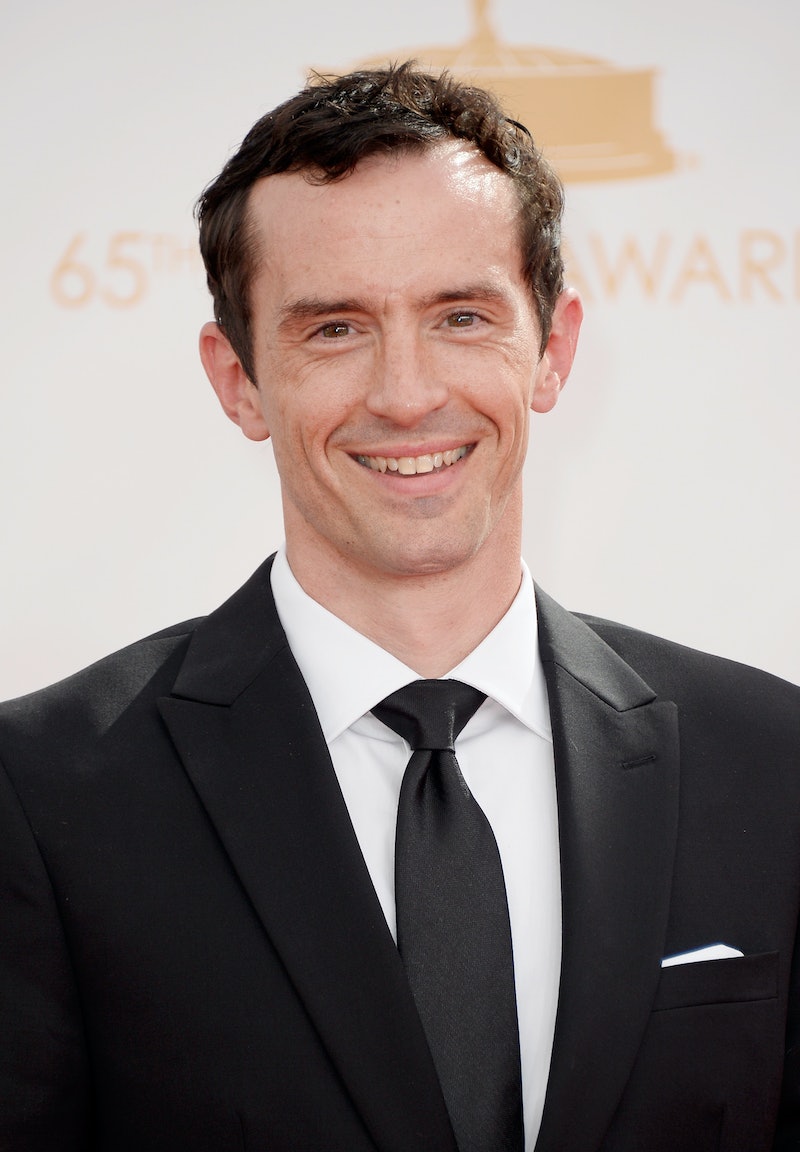 Monday's forecast: A freeze is coming. Mr. Freeze, that is. Season 2 of Gotham has been subtitled the Rise of the Villains and, so far, the DC Comics-based show has delivered on that promise, welcoming baddies to the city like the Galavans, the Order of Saint Dumas, and the flamethrower-toting Firefly. Plus, villains from Season 1 have returned and taken on new challenges, like Edward Nygma's deteriorating mental stability and increasing homicidal tendencies. But now, another iconic villain is joining the series; Gotham will introduce Victor Fries a.k.a. Mr. Freeze, Batman's infamous chilly nemesis, in Monday's episode, "Worse Than A Crime."

Fries will be played by Nathan Darrow, who you might recognize as Meechum from Netflix's House of Cards, but he's soon to be known for a different character entirely. Like the Joker, Penguin, Riddler, Poison Ivy, and Two-Face, Mr. Freeze is an iconic villain from the Batman mythology of DC Comics. The character has appeared as the Dark Knight's nemesis in the comics, on the 1960s Batman series, in the video game Batman: Arkham, in the cartoon show Batman: The Animated Series, and, probably most famously, in the 1997 film Batman & Robin, in which he was portrayed by action star Arnold Schwarzenegger. Though Batman & Robin has been denounced by fans of the DC Comics characters, it did grant us a huge repertoire of ice puns — y'know, for anyone who thinks that sort of thing is cool.

As for Victor Fries' comic origins, there are a few different versions of how he came to be the subzero villain known as Mr. Freeze. Every version has the scientist obsessed with cryogenic freezing inadvertently spilling cryogenic chemicals on himself, resulting in the need to keep his body at subzero temperatures to stay alive. Many versions also include Nora, either as his wife or a woman he's obsessed with, who has been cryogenically frozen and whom Fries has dedicated his life to saving through cryogenics. In the New 52 origin for Mr. Freeze, he works for Bruce Wayne's company, Wayne Enterprises, as a cryogenic researcher and technician where Nora is in cryo-stasis before the accident that turns him into a villain. We know Kristen Hager will play Nora to Darrow's Fries, so could we see this version of Mr. Freeze's origin play out on Gotham?

Well, we know with absolute surety that the Wayne Enterprises of Gotham is up to some shady business — remember Indian Hill? The division of Wayne Enterprises where they took Firefly after she was declared dead even though she definitely wasn't? So, not only is the board of Wayne Enterprises a corrupt group of businessmen willing to send assassins after a child, they've also approved some ethically questionable scientific research. It isn't much of a stretch to think that Fries works for Wayne Enterprises on Gotham researching cryo-stasis for Nora before an accident with cryogenic chemicals that leaves him needing sub-arctic temperatures and wanting revenge.

Of course, I'm not sure exactly how long Fries will stick around on Gotham, or what ties he specifically has to Wayne Enterprises, but he'll certainly make for an icy entry to the show's Rise of the Villains storyline. Plus, fun fact, Mr. Freeze was originally called Mr. Zero in the DC Comics, and I'm sure this Gotham's villain origin will have zero chill — or, all the chill, if you will.