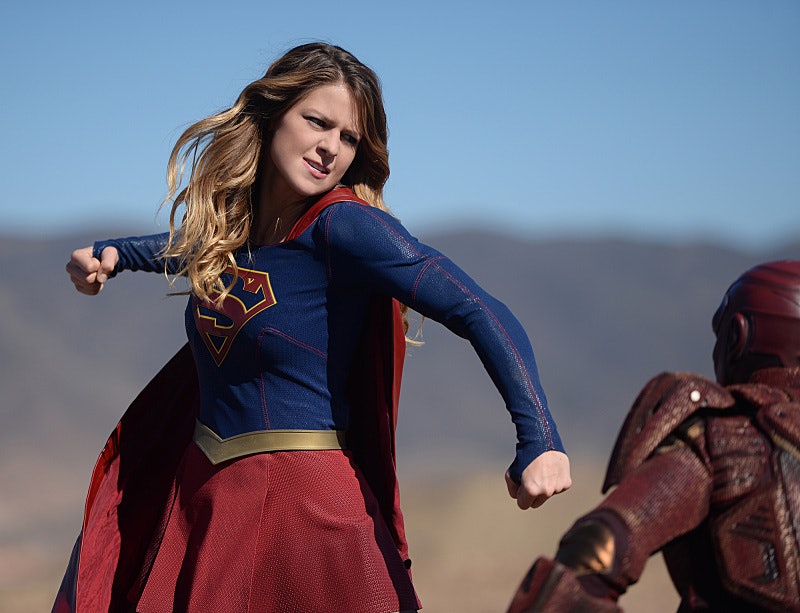 Great news for Supergirl fans and super girls everywhere: Supergirl has been picked up for a full season by CBS. And, really, this is great news for women of every age. As the show has picked up steam, so many people have fallen in love with Supergirl and its 24-year-old heroine Kara Danvers, a girl who has been hiding her super powers since she arrived on Earth years ago. Audiences responded with enthusiasm to the first few episodes as Kara struggled with embracing her superhuman abilities and with becoming the hero she was always meant to be. They fell in love with her honesty, vulnerability, and reluctant path to embracing who she really is. So, it’s a great thing that the show has been picked up for a full season by CBS. I mean, really, what person can’t stand to learn a thing or two from that?

It’s really no surprise that the show has seen an enormous amount of success. The message of Supergirl is totally in line with what so many people are interested in in these days: Creating positive female role models and showing stronger, more complex women on screen for all of the world to see. A show about a girl who encapsulates both things is bound to do well. But I’m not sure the world was ready for how well audiences responded to Supergirl. The show currently averages 11.24 million viewers, with a large chunk of them coming from the coveted 18-49 demographic. In other words, this show is wildly popular, in exactly the demographic that every network dreams their show will be a hit with. So much for that age-old stereotype that no one will watch superhero shows starring ladies, huh?

Bumping the initial pilot season up to a full season on the network seems like a total no-brainer, but the more exciting news is that this show and its rampant success will hopefully serve as a model for what modern audiences are really craving. The fact that the show has done so well in its first season, this show about a strong female lead who is both vulnerable and struggling with her identity, will hopefully pave the way for more networks to invest in more female-led shows in and out of the comic book genre. And that’s good news for everyone.

After all, the more shows out there that present women as three-dimensional characters (and not just convenient romantic objects for their male counterparts), the more the lens through which society views women off-screen will hopefully start to change. If we’re fed more examples of strong women embracing who they really are on television and in films, we will hopefully change the way women and girls see and accept themselves, and, in turn, the way others see and accept them as well.