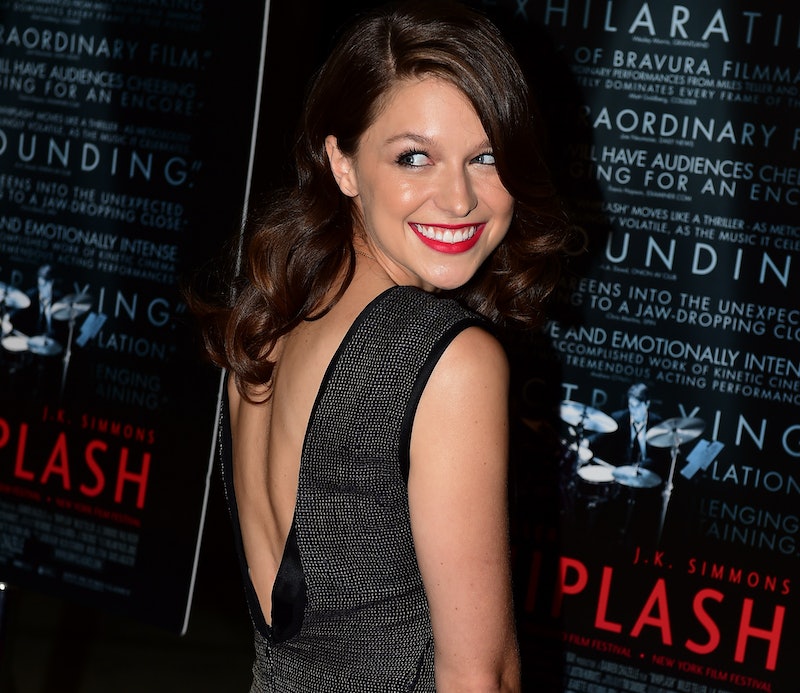 It's no secret that superheroes have had a bit of a resurgence in the last decade, both on the big screen with major blockbusters like The Avengers, and now on the small screen with Netflix's Daredevil series. Superheroes aren't going away anytime soon, but it's particularly exciting to see CBS throwing its faith into one in particular — Supergirl. According to The Hollywood Reporter, upcoming superheroine series Supergirl was given a series order by CBS which means that we'll be seeing a lot of Kal-El's younger cousin, Kara Zor-El, who will be portrayed by Glee actress Melissa Benoist. Kara will join the ranks of television superheroes like Arrow, The Flash, and Daredevil — but there's already reason to believe that this TV series won't be just another run-of-the-mill addition to the ever-expanding superhero universe. For one, it's a female-led superhero series, which is not something we see a lot. As in, ever.

Not too much has been revealed about Supergirl, but what has been is enough reason to hype up fans who aren't addicted to comics or highly invested in the superhero TV shows currently on air. While we won't know until we see the pilot episode (which is likely scheduled for fall of 2015) here are just a few reasons why we should be excited for Supergirl.

As Bustle's very own Nicole Pomarico wrote, "for once someone is making a comic book starring a woman come to life without deliberately attempting to make her appeal sexually to men." It's true — while Benoist's Supergirl looks great in her crime-fighting costume, the look isn't meant to be overtly sexy. It's a hint that the show will respect the character as a superheroine.

It Will Bring Another Strong Female Heroine To Television

There are definitely a few badass females on TV (I, personally, think Mindy Lahiri on The Mindy Project fits the bill in a number of ways) but it's still only a handful — and there are very few leading women in action roles. We already know that Nina Dobrev is leaving the action-heavy Vampire Diaries , so we're down a female action lead as is.

Melissa Benoist Is A True Talent

Girl's got this. She was one of the better parts of Glee's lackluster Season 4 and proved that she can keep up in one of 2014's most buzzed about Oscar contenders, Whiplash. Even the short scene above proves that she's capable of vulnerability onscreen — this isn't an actress they hired strictly for her ability to fight the bad guys.

The Story Will Feel Both New And Familiar

We know Superman's story, but unless you're deeply invested in superhero comics or animated series, you probably don't know all that much about his cousin. Supergirl will have a backstory familiar to those who know Superman's (Kara is from the same planet he is, as well) but will tell the story from an entirely different perspective. Kara had been passing as a human for years until she decided to use her long-hidden powers for good.

I'm stoked for Supergirl, and hope that this TV series will be as good as the sum of its parts suggest.