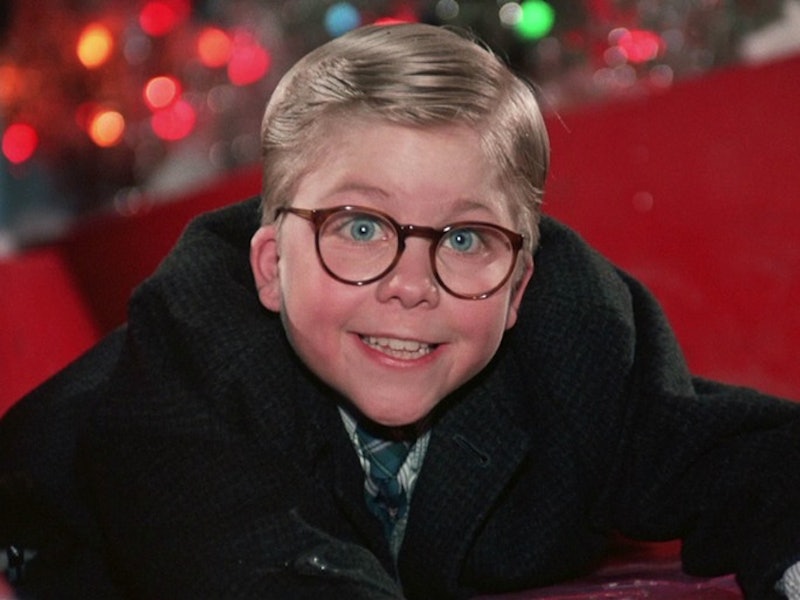 Even though it's hailed as one of the greatest Christmas movies and yes, you'll watch it once or twice during it's 24 hour Christmas Eve stay on TBS, it's possible you may be played out with A Christmas Story. The fact of the matter is, watching too much of A Christmas Story gets old real quick, and there are only so many times you can enjoy it. But great news! There's one thing that never fails to bring out a good time, and that's alcohol! So surely watching the movie again and again will be worth while if you make it into a Yuletide drinking game.

Well, don't worry, babe, I got you covered. I combed through the script of you're favorite over-watched Christmas classic to find which triggers would best get you properly wasted (as one should be during this season). My only advice? If you're going to play A Christmas Story drinking game, do so with beer or wine versus shots of... well, anything. You get to treat yourself to one shot mid-movie, maybe a fireball or something festively alcoholic. Go wild.

So without any more delays, here are my own rules for playing A Christmas Story drinking game.

This shouldn't be hard, this is the most important repeated line in the film, and really any variant of it will do.

2. One Sip Every Time You Hear The Word "Christmas."

That's roughly 30 times in the entire movie, so already we're off to a great start.

3. One Sip Every Time The Term "Red Ryder" Is Used.

Only in its abbreviated form.

4. Two Sips Every Time You Hear "Red Ryder" With All The Trimmings.

There are a couple of different twists on this, but something to the ilk of, "A Red Ryder BB gun with a compass in the stock, and this thing which tells time." Poetry.

5. One Sip Every Time Ralphie Describes His Old Man.

So to put it into context something like, "My old man was one of the most feared furnace-fighters in Northern Indiana" is applicable, but any off hand usage of "my old man" is not.

6. One Sip Every Time Someone Says "Dare."

No pressure, keep it simple.

8. THREE Sips And A Shot When Someone Says "Triple Dog Dare."

9. One Sip Every Time Yellow-Eyed Scott Farkus Appears On Screen.

I mean, his eyes weren't really yellow, but nonetheless.

You'll be in for a treat once you see the heavenly glow of that leg lamp.

11. One Sip Every Time The Term "Tree" Is Thrown Around.

Likewise, it's condensed into one particular scene (Ralphie's old man is an excellent bargainer).

12. One Sip For Any Mention Or Sight Of The Bumpus' Dogs.

13. And Finally, Chug When Ralphie Shoots His Eye Out.

That is, if you haven't passed out already.