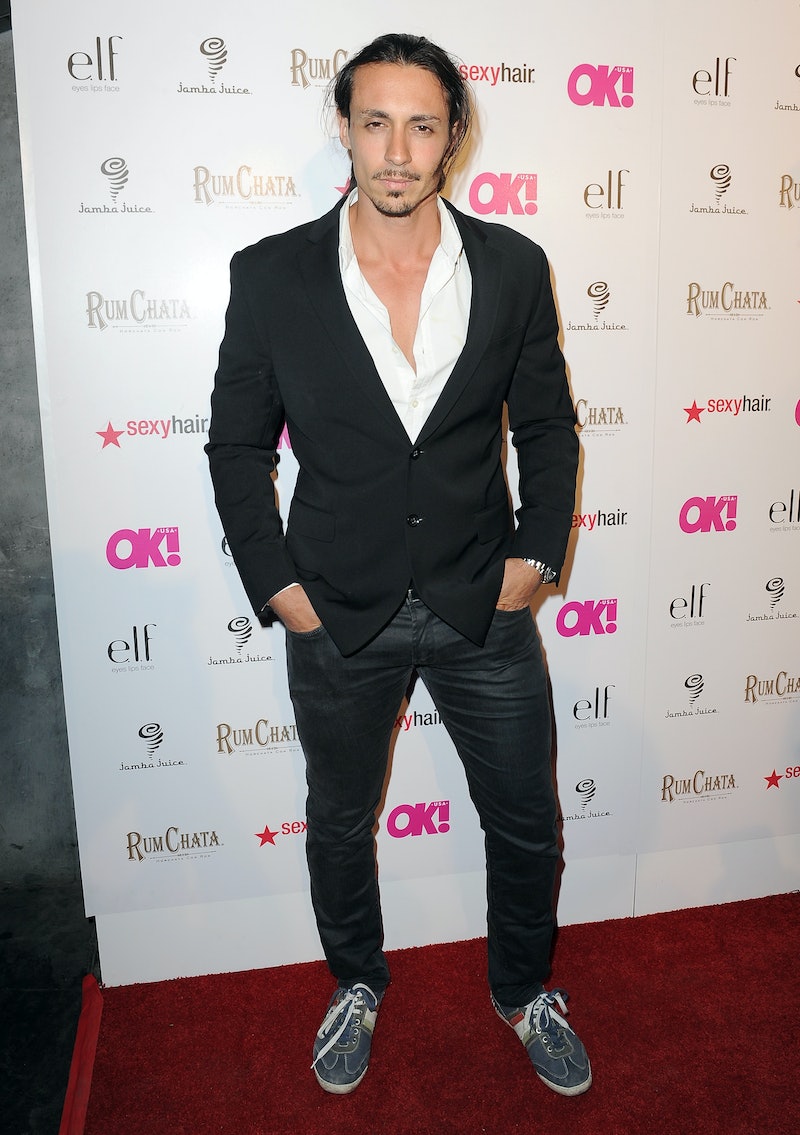 If there was ever a time to pour out a Peterita, this is that time. On Monday night’s episode of Vanderpump Rules, we had to say goodbye to a beloved fixture of the series: Manager Peter's trademark ponytail. On this week’s episode of the Real Housewives of Beverly Hills spinoff, Sexy Unique Restaurant’s resident pirate lopped off a considerable amount of his gorgeous hair. (Don't get me wrong, his new hairdo looks good, but that doesn't make the loss of a great TV character sting any less.) I totally understand if you need a few minutes to say some thoughtful words, bow your head, and take at least one moment of reverent silence. I will miss the times he ripped his hair tie out and whipped his 'do around most of all.

The reason for the big haircut? Dude just wanted a change of scene-hair-y (I'm sorry, but my hands refuse to let me delete that horrendously corny pun). Knowing that cutting off several inches of hair would be an emotional experience (been there, buddy), Peter asked buddies/coworkers/costars Jax and and Tom Sandoval to go to the barber with him. You know, to crack wise, keep the mood light, distract him from the locks of hair falling to the ground, make wiener jokes, etcetera.

But even with Tom Sandoval and Jax by his side, Peter couldn't shake his nerves. He covered his face as he gave the barber the go-ahead.

And in one fell swoop...

...Peter and the ponytail went their separate ways.

"It's been real, old friend," Peter said as he handed the ponytail back to the barber.

"Keep on living that Peterita life," the ponytail replied.