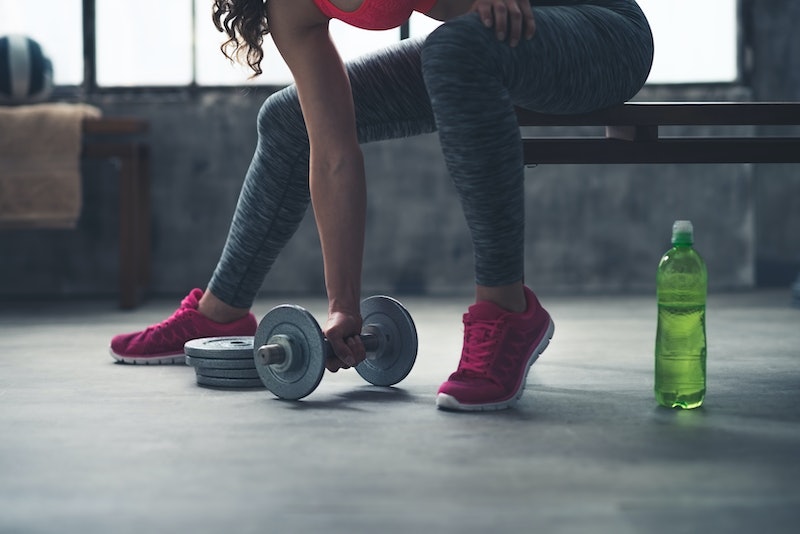 Finally, a less annoying reason to pump some iron than getting Michelle Obama arms: according to a new study in the journal PLOS Medicine, weightlifting decreases the risk of diabetes in women. In a report released Tuesday, researchers found that muscle strengthening is linked with a lower risk of Type 2 diabetes. Type 2 diabetes, previously known as adult-onset diabetes, is the most common form of the disease, characterized by high sugar levels in the blood.

It's already well known that cardio can lower the risk of developing Type 2 diabetes, and other studies have already discovered that muscle strengthening can improve conditions in people who already have diabetes. But don't bail out that 5K just yet — combining 150 minutes of aerobic activities with a muscle workout for at least an hour a week cuts odds of developing diabetes by at least a third, according to the study.

If you're not a fan of lifting weights or strength-training exercises, lower-intensity conditioning activities like yoga can apparently also be beneficial.

The study followed nearly 100,000 U.S. nurses ranging in age from 24 to 55 over the course of eight years. During that timeframe, 3,491 of those women developed diabetes. After taking into account factors such as family history and diet, researchers found that women who practiced weight training decreased their risk of Type 2 diabetes by 40 percent.

So why does it work? Muscle strengthening may act as a buffer against diabetes due to an increase in body mass, and may also increase a person's capacity for glucose utilization.

Of course, the study's results may not necessarily apply to everyone. The authors say nearly all the women who participated in the study were of European descent, meaning the exercise effect can't be generalized across ethnic groups. Right. Good call there with the sample group, guys...