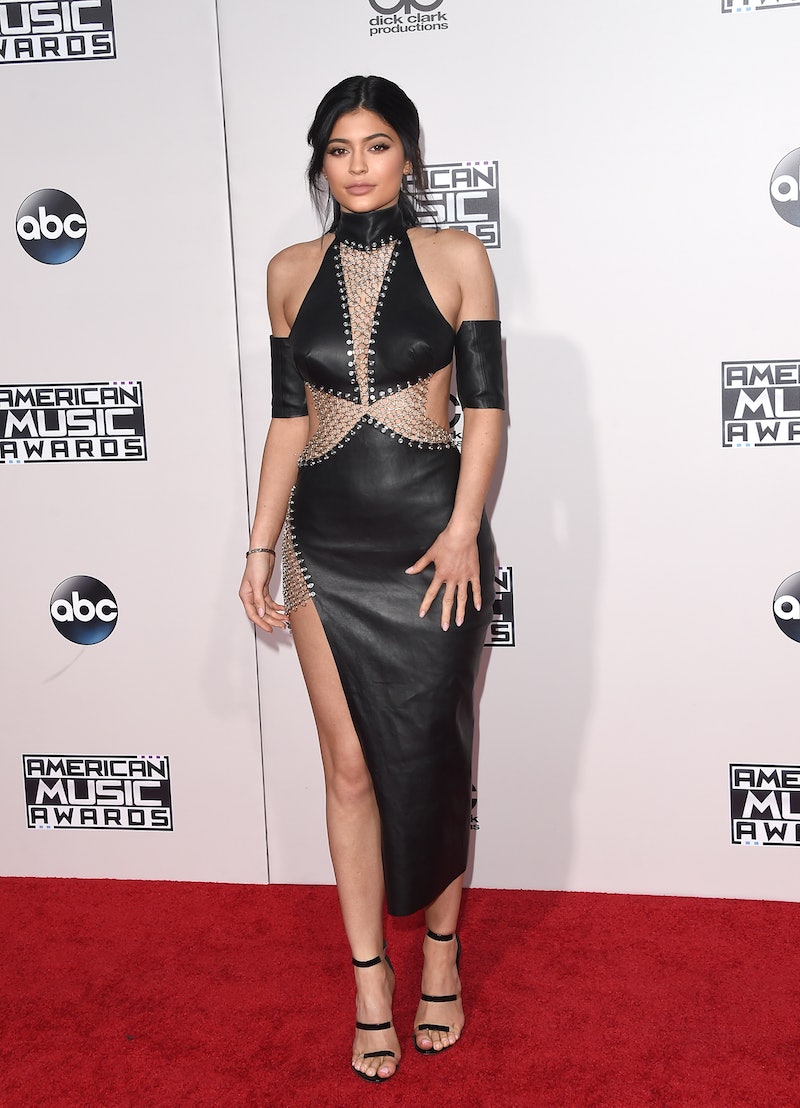 These daring and super sexy images should cause Jenner to slay the worldwide web for the second consecutive day. Her Kylie Lip Kits landed yesterday and sold out in, like, a nanosecond, leaving a lot of her fans and followers bare-lipped and bummed.

Will Jenner's Interview cover, which is easily her raciest yet, surpass her big sis Kim Kardashian's Internet-decimating Paper cover? Well, we're just off to the races with Jenner's cover, so we'll have to wait until the end of the day (and beyond) to see which sister emerges the victor in the Internet-breaking wars.

Meanwhile, here's the Interview cover intel. The youngest of the Kardashian sisters, who looks like the spitting image of her mother Kris Jenner with her thick, pushed back, and shoulder-grazing black bob, covers the mag's December/January double issue.

She's a vintage pinup girl, thanks to her hair, which takes inspo from the '60s and Bettie Page. Ultimately, Jenner oozes sex appeal in the Steve Klein-lensed images.

Who's loving her helmet bob and her copper bustier, which looks painted on?! I also dig her cowgirl pose here. Notice her lips are glossier than we're used to seeing. Jenner is a fan of a matte, suede-like finish when it comes to her lips. But she's megawatt and shiny for these covers.

The reality starlet also rocked a latex version of her beloved crop top and leggings combo! This is obviously way sexier and slinkier than her street style version, thanks to the liquid-like fabric and the fact that she is showing some side-bum. Her copper-colored bob matches her "other" top on the "other" cover.

Jenner is just taking a seat here. She did bare her backside in several other photos in the shoot, proving she is totally fine with daring and baring.

Nothing like getting a lift from a well-dressed, nerdy-hot dude!