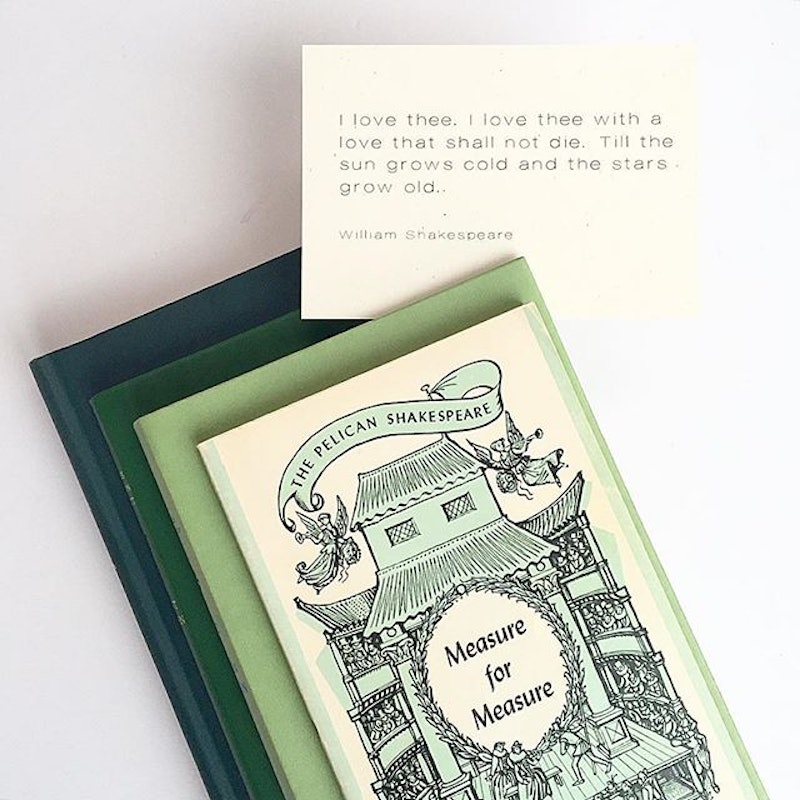 With 2016 fast approaching, the city of Oxford has lined up a number of events and releases to mark the 400th anniversary of William Shakespeare's death. The Oxford University Press has already rolled out one of its initiatives, so playgoers everywhere have a new time-suck. Illuminating Shakespeare brings the Bard to life with themed slideshows, quizzes, and video discussions aimed at students, instructors, and fans alike.

The website launch comes in advance of Oxford Shakespeare 2016, the city's commemorative festival, which kicks off its calendar of events with the Reduced Shakespeare Company's presentation of The Complete Works of Shakespeare (Abridged) on January 1st. Illuminating Shakespeare also heralds the arrival of the OUP's New Oxford Shakespeare , which hits academic libraries near you in Fall 2016.

The Illuminating Shakespeare team is made up of 15 Bard-enthusiasts, including Hertford College professor Emma Smith and Shakespeare publishing veteran Sophie Goldsworthy. These folks have put together a one-stop shop for everything you ever wanted to know about the great poet and playwright, but were afraid to ask. For example, do you know what Shakespeare liked to read or what books were even like in his day? Illuminating Shakespeare knows, and it's offering up its information for free.

Think I'm joking? Illuminating Shakespeare will offer free access to the OUP's A-Z Guide to Shakespeare until the end of 2016. Whether you're looking for information on the famous forgery that is Vortigern, or you just want to know more about Anne Hathaway, the A-Z Guide makes nearly 900 dictionary-styled entries yours for the clicking.

Does the OUP's new website answer your burning questions? Chat with the Shakespeare Oxford 2016 crew on Twitter!