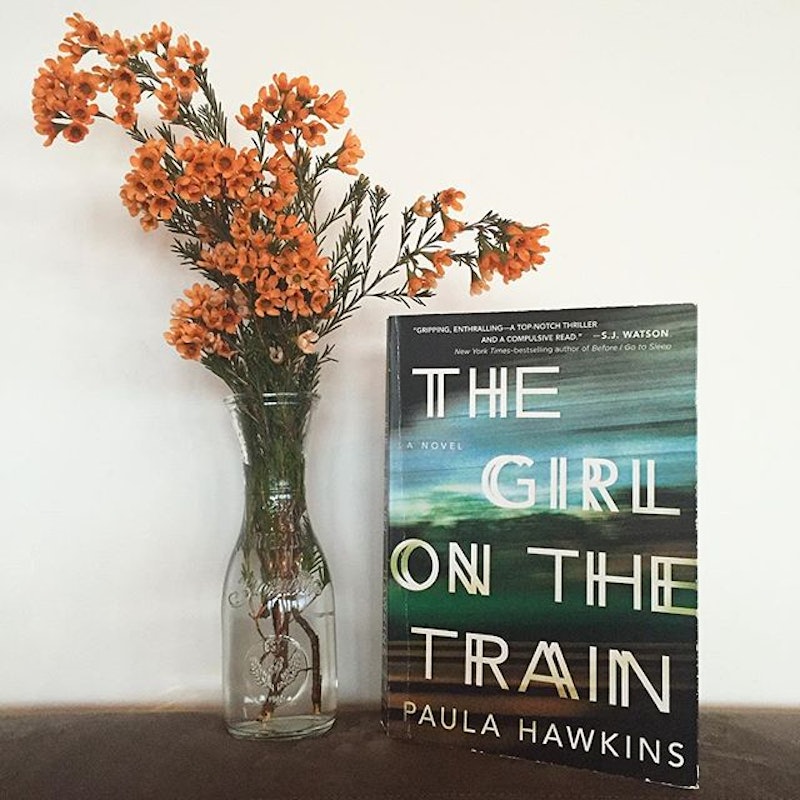 After more than 3 million votes, the 2015 Goodreads Choice Award winners are finally here. Thanks to all of us book lovers out there (repeat: a whopping 3 million) we now have the most-voted upon books to represent all different categories, from fiction to horror to graphic novels and poetry, for kids all the way up to grown-ups. What separates the Goodreads Choice Awards from the countless other end-of-year lists is that the finalists and winners are chosen entirely by readers themselves, readers of all shapes and sizes, backgrounds, genders, and ethnicities. Hopefully what this means is that we get a more diverse group of winners than some awards determined by a judging committee.

Did your favorites make the cut? Here are all the winners:

Phew. OK, that's a lot of books. This year's competition was fierce, so I can't say I'm disappointed, even if some of my top choices didn't take home the prize. The readers have spoken, and these were the year's best and most popular books.

Let's take a look at some of the most interesting winners, shall we?

Harper Lee's second novel was the year's most-talked-about book, so this win is really no surprise. But Go Set a Watchman finished with more than 10,000 votes separating it from the runner-up, Jojo Moyes' After You. And coming in dead last, with only 4 percent of Watchman's votes? Jonathan Franzen's Purity.

2. Mystery & Thriller: The Girl on the Train by Paula Hawkins

Paula Hawkins' debut novel garnered widespread acclaim this year. Back in August, a Goodreads blog post noted that " The Girl on the Train built up more Want to Read shelvings pre-publication than any other debut novel in Goodreads' history." With more than 100,000 votes, The Girl on the Train was nearly three times as popular as its closest competitor: Stephen King's Finders Keepers.

3. Young Adult: All the Bright Places by Jennifer Niven

Jennifer Niven's All the Bright Places ran neck-and-neck with Jenny Han's P.S. I Still Love You, but it finally pulled away from the YA pack to take home this year's Goodreads Choice Award.

4. Humor: Why Not Me? by Mindy Kaling

Funny lady Mindy Kaling's follow up to 2011's Is Everyone Hanging Out Without Me? (And Other Concerns) had two close competitors in this year's Humor contest. Why Not Me? pulled away from Felicia Day's You're Never Weird on the Internet (almost) and Jenny Lawson's Furiously Happy, but there were fewer than 10,000 votes separating Kaling's book from the second runner-up.

This year's Nonfiction category was chock-full of fantastic books, including Ta-Nehisi Coates' Between the World and Me, Liz Gilbert's Big Magic, and Brené Brown's Rising Strong. But it was my fellow South Carolina native, Aziz Ansari, who took top honors with his debut book, Modern Romance.

I tell everyone to read Saga, simply because it's one of the best series out there. Goodreads pitted Brian K. Vaughan and Fiona Staples' fourth volume against worthy competitors Nimona, Lumberjanes, and The Thrilling Adventures of Lovelace and Babbage, but this galactic tale of family survival managed to beat them all out.

If you're part of the bookish corners of Instagram, you know this cover. Everyone was reading and talking about Red Queen this year, so Victoria Aveyard's Debut Author win comes as no surprise. With nearly twice the votes earned by runner-up Saaba Tahir, Aveyard's victory was most definitely a landslide.