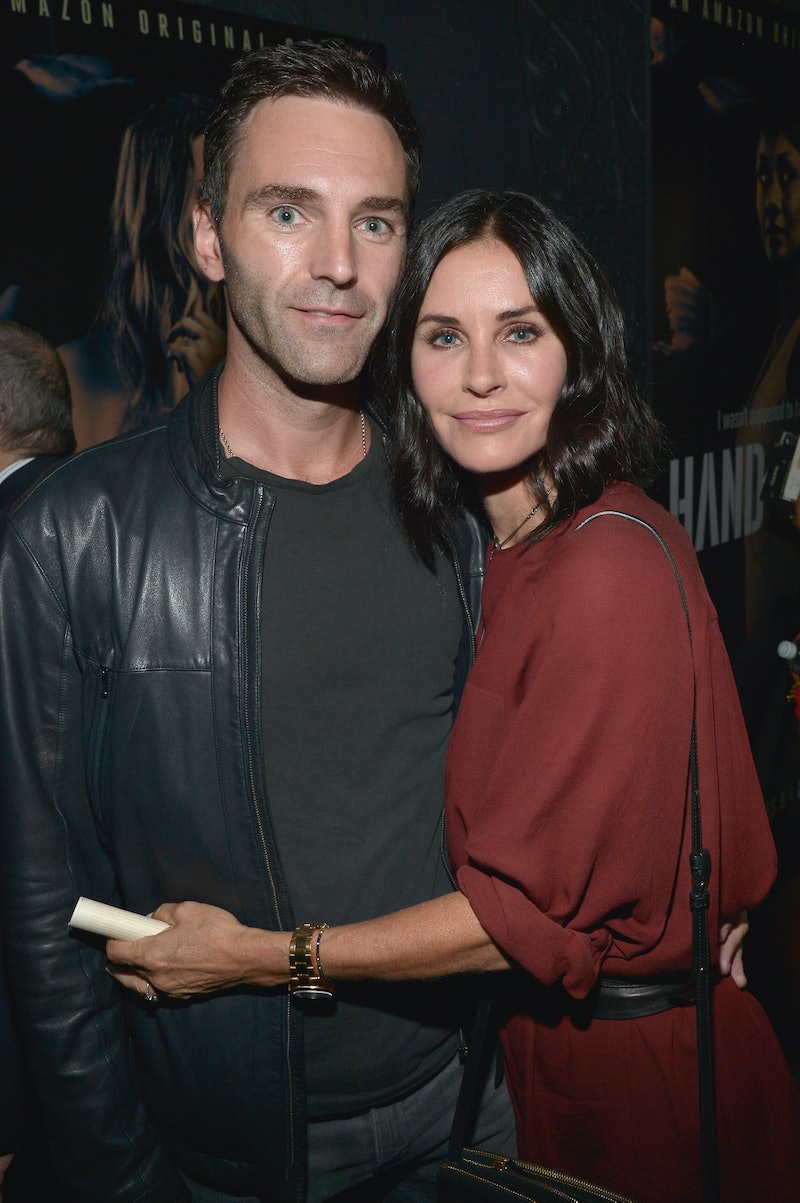 Winter is coming, and it's a pretty popular time for breakups... and unfortunately, not even celebrities are immune. According to a report from TMZ, Courteney Cox and Johnny McDaid have ended their engagement after two years of dating. The Snow Patrol guitarist and the former Friends star got together in late 2013 and got engaged six months later, but it sounds like it just wasn't meant to be, even though the site claims that they have been in counseling to try to repair their relationship. The good news? It sounds like the breakup was pretty amicable (and mutual). McDaid and Cox have yet to confirm the news or release a statement, but Bustle has reached out to Cox's rep but have not yet heard back.

So what went wrong? Reportedly, their lives weren't compatible enough to make things work, since Cox is more social and enjoys going out while McDaid prefers to hang at home. It's heartbreaking that they've decided to go their separate ways, especially since it sounded like Cox's 11-year-old daughter from her first marriage to David Arquette, Coco, really liked her almost stepdad, and even planned to sing at their wedding, but hopefully, this is all for the best.

It would have been an awesome wedding, and it's a bummer that it won't happen now. Here's hoping this means that both Cox and McDaid now have the chance to find a better match!