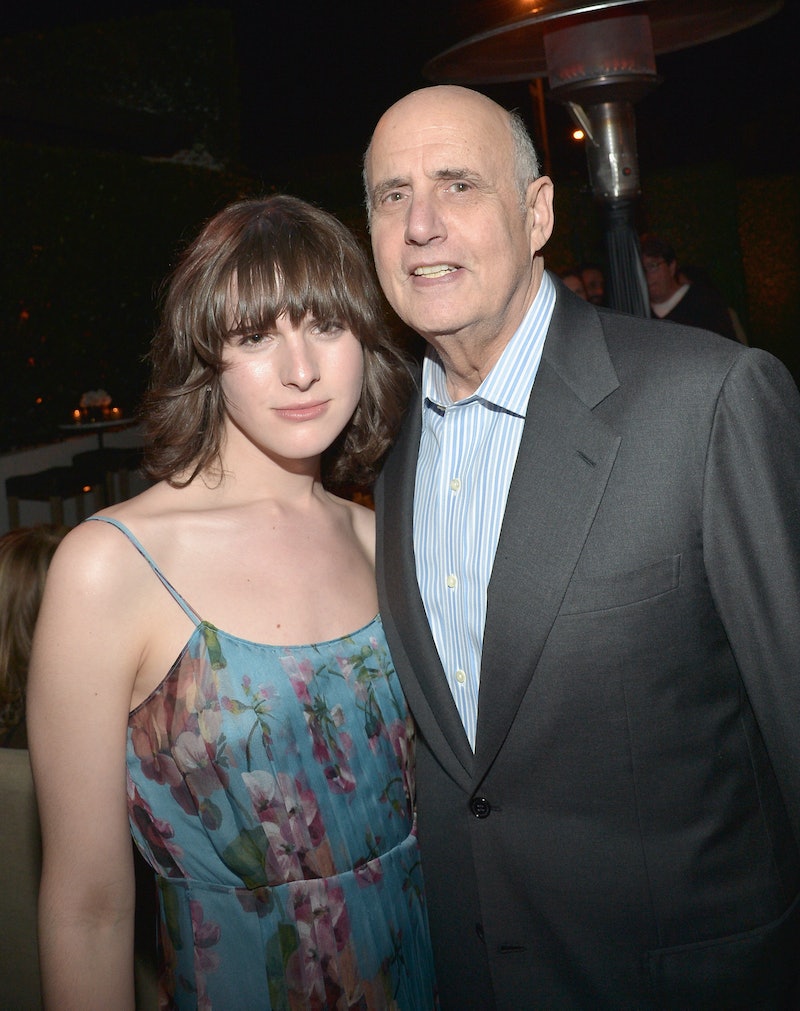 There were a lot of interesting storylines introduced throughout the Transparent Season 2 premiere, which was released ahead of schedule on Amazon Prime. (Thank you, TV gods!) For starters, there was Sarah and Tammy's disastrous wedding; the introduction of Maura's cold-hearted sister Bry; and, of course, Josh and Raquel's spiraling journey toward parenthood. But, for me, the plot development that stood out among the rest involved the role of transgender actress and model Hari Nef. We briefly see Nef make an appearance in a flashback to a Berlin party back in 1933. And while many may find the scene itself to be pretty random (why go back to a time when none of our central characters even existed?), I think that whoever Hari Nef is playing on Transparent will serve as a vital piece of Ali's future.

Ever since Maura came out as transgender at the outset of the series, Ali has struggled to come to terms with her own gender identity. In the Season 2 trailer, we even see her listen intently to her professor talk about how each star is "a clue to our origins" and contemplate the idea of inherited trauma existing in someone's DNA. Clearly, she is still trying to find her place in the world. So considering what we currently know about Nef's character (which, granted, isn't much), I want to go out on a limb here and say that she's another member of the Pfefferman family tree — perhaps closely related to the heavily talked about Grandma Rose.

First of all, the 1933 flashback to consider. Grandma Rose's generation would've been relatively young at that point in time. (Maura is currently in her sixties, which should put Grandma Rose in her late eighties or nineties at least.) So what if this flashback wasn't some trippy, made-up fantasy, but rather an actual memory? Maura may not be the first trans woman in the Pfefferman line. And let's not forget that Nef's character also appeared at the end of the episode, watching over Ali as she looked out at the world from her hotel balcony. Was this perhaps a symbolic nod to viewers that Ali is not alone in her journey of self discovery?

Trans men and women have existed long before gender identity was ever openly discussed. I think Grandma Rose was brought up in this episode for a reason — not just to showcase how cruel Maura's sister can be (seriously, though, she's the worst), but also to potentially bridge a gap between three generations of Pfeffermans (Nef's character, Maura, and Ali), proving that they aren't as different as you may think.