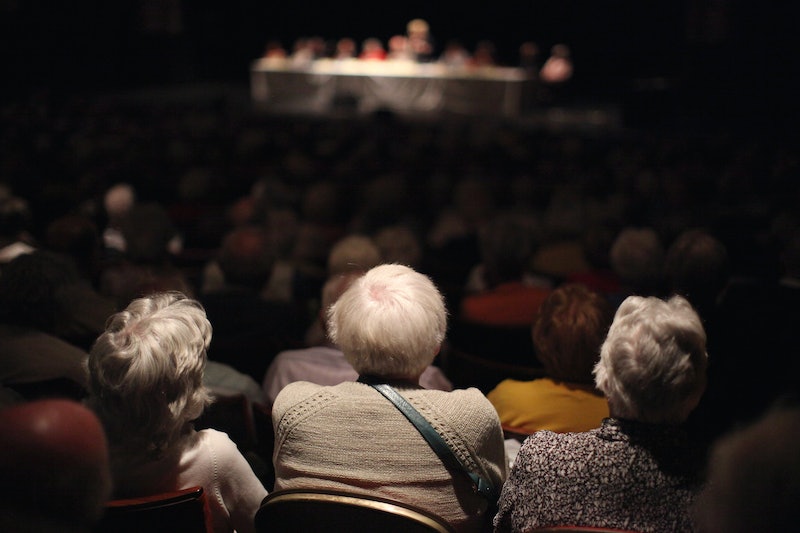 Misogyny affects all women in our society in some way, but many women also face ageism, ableism, and other -isms regularly. When combined with misogyny, these other types of oppression disproprtionately affect women and gender-nonconforming people. One result of sexism is that women face additional discrimination based on other parts of their identities.

Many feminists now understand and embrace intersectionality. A concept which is essential for feminism accomplishing its goals, intersectionality is the idea that different women are oppressed in different ways because of other factors like their race, class, and sexual orientation. On the flip side, this also means that oppressed races, classes, and other groups differ by their gender, and in many cases, women within them face their own unique obstacles.

This is not to play the Oppression Olympics — ageism affects all older people, transphobia affects all trans people, and homophobia affects all non-heterosexual people, just in different ways. There are also certain ways that oppression affects men differently. Racism, for example, impacts black men in particular in the form of disproportionate arrests: According to the NAACP, one in six black men has been incarcerated since 2001.

But to focus on women in particular, here are four types of oppression that women often experience both differently and disproportionately due to their gender.

"Is ageism sexist?" Andrew Flowers asks at FiveThirtyEight. The research offers a resounding "yes." In one National Bureau of Economic Research study on workplace discrimination, identical job applications with differences only in names and graduation years were sent out to hiring managers. Nineteen percent of women ages 29 to 31 were called back, compared to 12 percent ages 64 to 66. There was no age difference for men. In another National Bureau of Economic Research study, women ages 35 to 37 and 40 to 42 got called back 11 to 12 percent of the time, while women ages 55 to 58 only did nine percent of the time. Perhaps people value women less as they age due to their perceived decline in attractiveness and the disproportionate importance placed on their looks. This same attitude is also alive and well in Hollywood, with leading men often decades older than their love interests. Maggie Gyllenhaal was told that, at age 37, she was too old to play the love interest of a 55-year-old man. There's a huge double standard at work, and its result is the exclusion of women who are deemed past their prime.

Transgender women of color are the most common targets of transphobic hate crimes. During the first two months of 2015, a transgender woman of color was murdered almost once a week, according to the Southern Policy Law Center. One man charged with attempted murder of a trans woman said she and her friend were deceiving him by dressing as women, even though they weren't even talking to him. Perhaps this reflects one reason trans woman tend to be targeted: In addition to hating trans people in general, some men behave as if women are their property. Transphobia and misogyny are a deadly combination.

According to one study published in Personality and Social Psychology Bulletin, attitudes toward gay men and lesbians tend to be equally negative. But there is one area where lesbians, as well as those who identify as neither gay nor straight, have been affected differently: They're often excluded from LGBT communities. While many major cities have neighborhoods known for populations of gay men, lesbians are less centralized. An article in Contexts points out that this pattern may be due to lesbians' greater acceptance in rural areas and to gay men's tendency to price out lesbians in cities (when you compare two men living together with two women, you double the wage gap). In addition, lesbian bars have been shutting down since the recession, particularly in major cities like New York and Washington, D.C. Many have observed that lesbian bars have been scarcer than gay bars to begin with, and I've ever heard of any establishment or neighborhood for people who identify as bisexual, pansexual, or anything other than straight, gay, or lesbian. Bi erasure also affects women disproportionately, since more women than men are bisexual.

Even pride events are often centered on gay men to the detriment of trans people, lesbians, and bisexuals, sociology PhD student Nicole Bedera points out, also observing that lesbians "read Q and The Advocate, but when was the last time you saw a gay man flipping through a copy of Curve?" Like society in general, the gay rights movement is often male-dominated, which means that queer women have less of an escape from heteronormative culture. Since movements like the LGBT rights movement are aimed at combatting oppression, it's important for them not to further the oppression of women. A movement can only function at its best with the participation of all its members, after all.