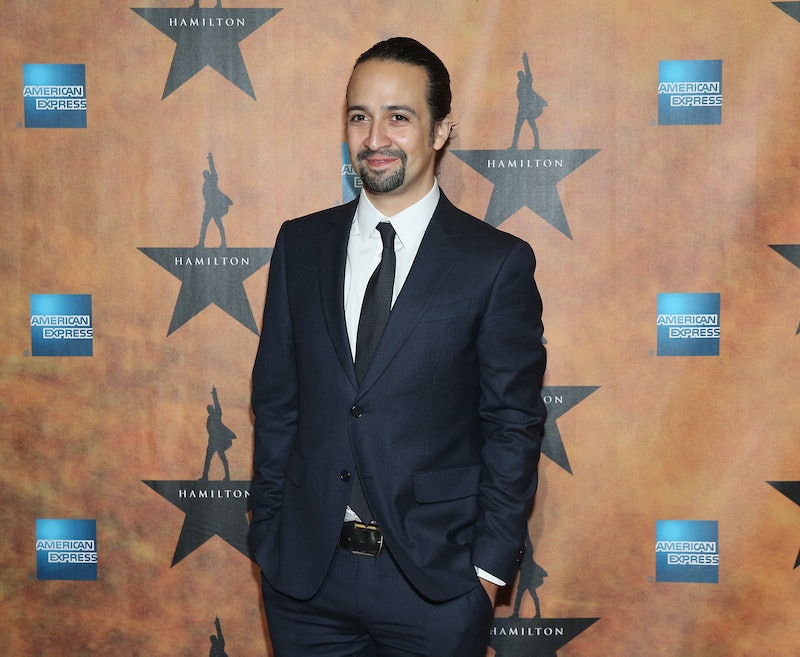 From the triumphant fanfare heard during the signature opening crawl to the Imperial March that put a little more evil into Darth Vader's step, Star Wars composer John Williams created a musical score that is probably one of the most recognizable in cinematic history, and The Force Awakens is no exception. Williams has come back for the highly anticipated sequel with some of the recognizable tunes that we have all hummed to ourselves at one time or another. But one of the most catchy tunes in the new film isn't his — the Force Awakens Cantina song was actually a collaborative effort between Abrams and Lin-Manuel Miranda, the mastermind behind the Broadway behemoth, Hamilton.

Although Williams is responsible for the original Cantina song (1977's Star Wars: A New Hope, when Luke and Obi-Wan go to Mos Eisley and Han Solo and Greedo have a standoff that led to the great "Han shot first" debate, was all him), the new Cantina song is solely by Abrams and Miranda. The Force Awakens director decided to pay homage to that famous scene by letting someone else take the reins when it came to the bar jam. And what a person he chose: Miranda's Hamilton tracklist is a soundtrack that many people, including myself, have been obsessively listening to on repeat.

If you are wondering when Miranda's "Cantina" song appears in the Force Awakens, keep your ears open during the scene when Rey, Finn and Han Solo pay a visit to Maz Kanata's "watering hole". Her bar isn't officially called the "cantina" but it might as well be. It is very reminiscent of the Mos Eisley cantina scene in A New Hope. It has everything from that memorable scene in Episode IV, including wary travelers, vagabonds, smugglers, and other assorted galactic misfits — a lot grander, but still grimy. It's all set to the tune of Miranda's song, which can be heard in the background played by a funky new cantina band. It's quite catchy.

As for how the song actually came about, it's a funny story. A couple of weeks before the movie's release, Abrams went on The Tonight Show Starring Jimmy Fallon and revealed that he was a fan of Hamilton and when he met Miranda, the Broadway star joked, "If you need music for the cantina, I’ll write it." Abrams was caught off guard because there was a Cantina scene in his movie, and he actually ended up recruiting Miranda to help him write the track.

Perhaps this is just the beginning of more Miranda-Abrams collaborations to come. I totally wouldn't mind a Star Wars hip-hop musical. The world would be better because of it.Image: Lucasfilm/Walt Disney