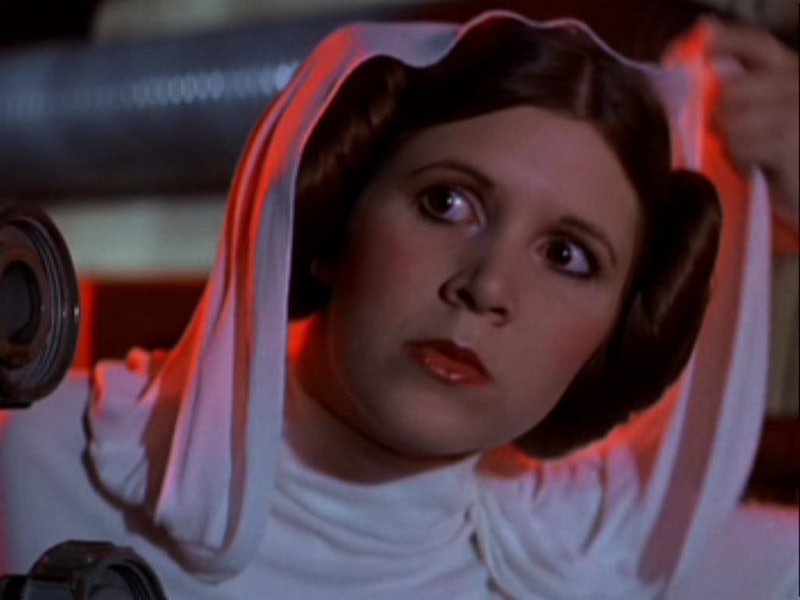 Everybody is familiar with Star Wars. The movies make up one of the most successful franchises of all time, and there is an entire subculture and mythology devoted to it. Now, with Star Wars: The Force Awakens soon invading theaters and threatening to become the biggest movie ever, interest in the series is at an all-time high. Fans have been dissecting the film's trailers, searching for easter eggs, and forming theories well before anyone's even seen the movie, and they're using their knowledge of the Star Wars universe to do so. But that universe is so vast that there are a number of facts about Star Wars that most people don't know.

I mean sure, everybody knows that Luke Skywalker and Princess Leia are twins, but did you know that there was originally only going to be one Skywalker? And that one wasn't going to be named Skywalker, but Starkiller? And oh yeah, did you know she was going to be a woman? That's right, the character who became Luke Skywalker was actually a woman named Starkiller in an early draft of the first Star Wars film by George Lucas. But that's hardly the only little known fact about the franchise. Check out the rest of these nine things you probably didn't know about Star Wars.

The weird, animalistic sound of a Tie Fighter sounds that way because it was made by an animal. The sound effect was created by sound designer Ben Burtt when he combined the sound of an elephant's roar with that of a car driving by on wet pavement.

3. The Emperor Was Played by a Woman

Ian McDiarmid played the evil Emperor Palpatine in 1983's Return of the Jedi and in the three prequel movies, but that wasn't the first time the Emperor appeared. In 1980's The Empire Strikes Back, the Emperor appears and is played by Elaine Baker, who was the wife of the film's make-up designer, Rick Baker. Her voice was overdubbed with that of a man, and a chimpanzee's eyes were superimposed over her own to make her look creepier.

For example, bounty hunter Greedo speaks Quechua, which is a South African language, and the Ewoks use some Tibetan, Nepali, and Kalmyk phrases. Also, it goes without saying that a ton of aliens speak English.

Star Wars has featured hardly any female characters, and the few who have appeared have all been heroes. Not so in The Force Awakens, where Gwendoline Christie portrays the badass chrome Stormtrooper, Captain Phasma.

According to former Death Row Records engineer, Rick Clifford, rapper Tupac Shakur auditioned for the role of Jedi Master Mace Windu in The Phantom Menace, a role that eventually went to Samuel L. Jackson. I like to think that R2-D2 has a 2Pac hologram stored somewhere on his hard drive.

The prequel movies are criticized for their heavy use of CGI over practical effects, but they still were resourceful when it came to gadgets. Qui-Gon Jinn's communicator was actually a modified Gillette Ladies Sensor Excel Razor. No wonder his voice was so smooth.

George Lucas may have created Star Wars, but these days the franchise is run by Kathleen Kennedy. The longtime producer was named president of Lucasfilm when Disney purchased the company in 2012. The Force is definitely strong in her.

9. E.T. Is Part of the Star Wars Universe

In a scene in the senate from The Phantom Menace, a group of E.T.-like beings make a cameo. In Star Wars lore, the race are known as Grebleips.

These are just a few of the Star Wars facts that most casual fans are clueless about, and the list will surely increase now that the franchise is gearing up for more films.