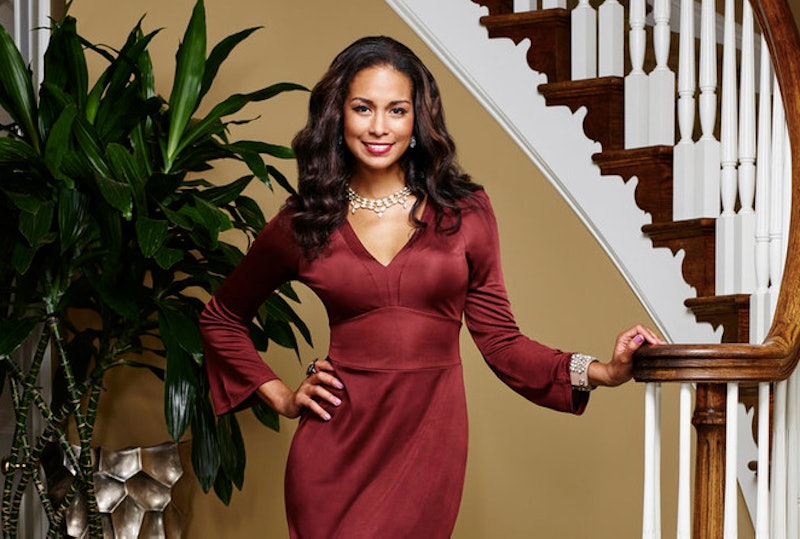 Love it or not, the Real Housewives franchise is here to stay... for a very long time. I was always kind of obsessed with Orange County and New Jersey, because seeing the drama go down is one of my guilty pleasures. In early November, Bravo announced it was introducing two new cities: Potomac and Dallas. The cast line-up for Real Housewives of Potomac boasts six, wealthy women from the area. Before the premiere on Jan. 17, 2016, I decided to learn more about the cast, and decided to look into Real Housewives of Potomac star Katie Rost.

What I felt was very important in the announcement of Potomac and its cast is that it would add even more diversity into Bravo's line-up, and the Real Housewives franchise. All of the six women featured in the upcoming season are either African-american or biracial, and it seems like many of the themes throughout the show will touch the racial barriers they face in their upscale suburban community outside of D.C.

Like other casts, the women are multi-faceted, driven, and big parts of their community, so there is a lot in store. Now, let's see who Katie Rost is and what she will bring to the franchise.

She Is Well Educated

Rost attended the private school Holton Arms School in D.C. and went on to graduate from Boston University’s College of Communications with a degree in Broadcast Journalism.

She Has A Successful Modeling Career

After college, Rost moved to New York and worked with everyone from Chanel and Lanvin to J. Crew and Saks Fifth Avenue. In 2009, she was chosen by Vogue to join The Vogue 100, a group of diverse women from around the country who act as arbiters of style.

She Has Worked On Television Before

When she was a teen, Rost used to appear on BET's Teen Summit, which eventually led to other gigs hosting. She had a segment, "Katie Rost's Celebrity Hookup" on The CW syndicated television show, Direct Access with Big Tigger.

She Is A Momma To Three Kids

Rost has three adorable babies from her first marriage to James Orsini, a doctor. She has a 3-year-old son, James Rocco, and 14-month-old twin daughters, Kathryn and Renee.

She Is A Philanthropist

She runs The Ronald F. Rost Charitable Foundation with her mother, in memory of her father, who passed away in 2000. Their mission is "to open the doors of opportunity to the next generation through recreation, enrichment, and leadership activities in the community."

She Is Very Close To Her Mother

Along with running their foundation together, Rost's mother, Rhynthia Rost is very prominent on her daughter's social media pages. Her mother is a successful woman, serving as a VP of public affairs at Geico and being very involved in the community of Potomac.

Her Religion Is Very Important

Rost grew up in the Jewish faith and the Potomac teaser shows a taste of how integral her religion is to her life.

I don't know about you, but I can't wait to see what's going to happen with Katie Rost and all the other ladies in one room.