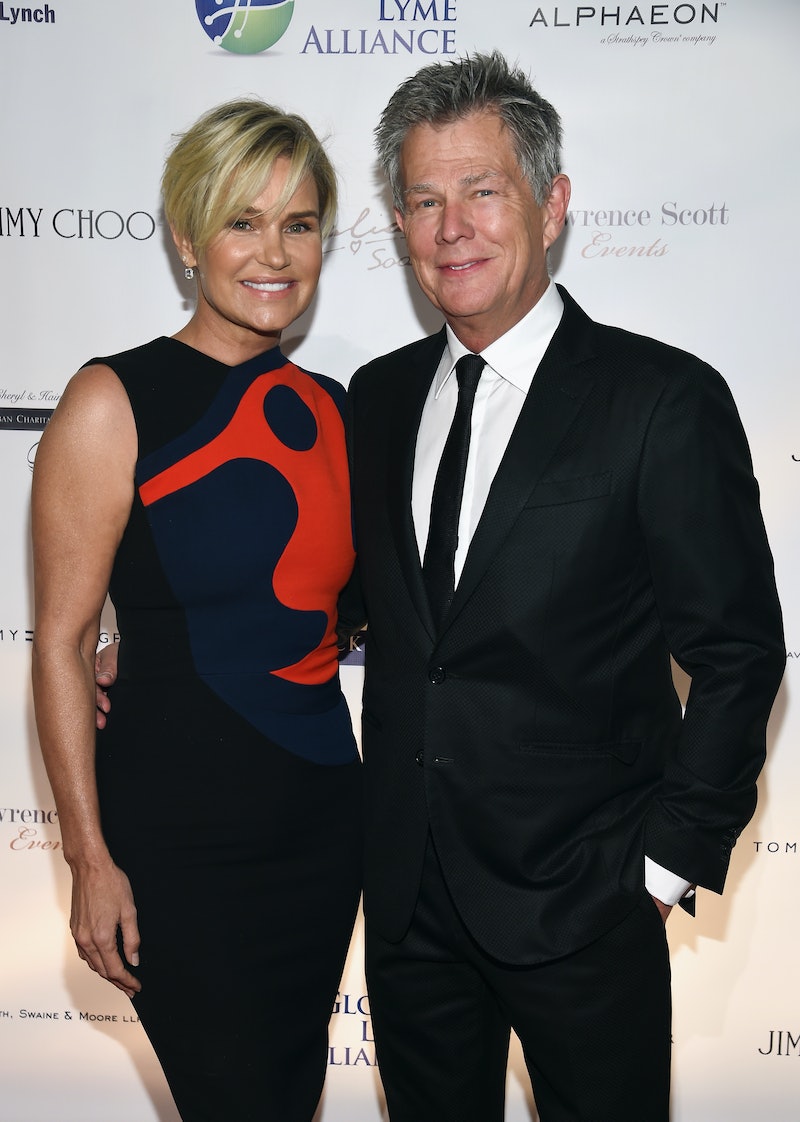 If you were looking forward to another season of Yolanda Foster dressing in scantily-clad outfits and cooking intricate meals for her doting husband on The Real Housewives of Beverly Hills, prepare to be sorely disappointed. It was announced on Tuesday — just hours before the premiere of Season 6 of The Real Housewives of Beverly Hills — that Yolanda and David Foster are ending their four-year marriage. The news came as a total shock to fans everywhere, especially to those of us who had put the Fosters on a proverbial pedestal. It always seemed to me that their marriage was one of the perfect ones, sure to have its trials but ultimately an example to all of us that monogamy and love really could last.

Serves me right for putting all of my romantic beliefs on the fate of one couple. And one couple in Hollywood, no less.

Still, after four years of marriage and nine years as a couple, the Fosters have a plethora of good times under the belts. Before their recently-announced split, the two were a shining example of supportive spouses, putting their love and their romance on display for all of the world to see. Just take a look at some of their happier moments from the nine years they spent together before their recent separation. Clearly there was a lot of love there, regardless of what has come to pass recently between them.

When She Supported Him While He Worked

Ever the doting housewife, Yolanda seemed to support David’s creative endeavors with constant love and affection, including regular snack breaks.

When She Cooked Him His Favorite Meal

In a negligee, no less. But even when it was fully-dressed, Yolanda often went out of her way to cook David dinners when he came home after some time away.

When He Toasted To Her During Their Dinner Parties

Their dinner parties will go down in Real Housewives history as some of the best. And the way David toasted his wife and her amazing hospitality at the beginning of each meal was really just the sweetest.

When She Was His Biggest Fan

She invited family and friends to cheer for him when he received his star on the Hollywood walk of fame. But clearly the one cheering the loudest was Yolanda, his best friend and his biggest fan.

The news that the two are going their separate ways is definitely sad, but I wish them the best as they untangle their lives from each other. It’s never an easy thing to do, but considering they have done so much in their relationship with love, I have hope that they will handle their divorce in the same way.

More like this
Winter 'Love Island' May Be Starting Sooner Than Expected
By Maxine Harrison and Sophie McEvoy
Khloé Kardashian’s Son Was Born A Week Before Anyone Realized
By Jake Viswanath
In Their Divorce Settlement, Here's What Kanye Reportedly Must Pay Kim K & Kids
By Radhika Menon
Brooke & Cru Have Hinted That They’re Still Together After 'Back In The Groove'
By Brad Witter
Get Even More From Bustle — Sign Up For The Newsletter